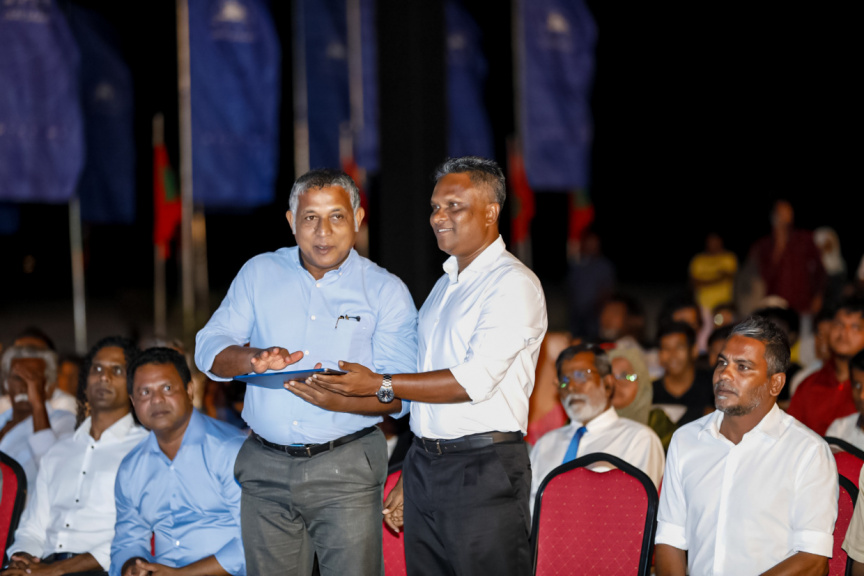 MTCC’s new dredger was unveiled for the first time in a ceremony in Dhaandhoo to mark the commencement of the project Sunday night.

Bodu Jarraafa is the latest model of IHC Beaver’s cutter suction dredgers, capable of dredging at the depth of 18 meters.

Speaking at the ceremony, MTCC’s CEO Adam Azim said that with the Bodu Jarraafa, the land reclamation project in Dhaandhoo will be speedy.

He said that 50 percent of the project is already complete.

“God willing, we will complete this project and hand it over to you before the end of October,” he said.

Dhaandhoo MP Yaugoob Abdulla said that though numerous land reclamation projects had been conducted in Dhaandhoo in the past, none of them were conduct to the people’s satisfaction.

He said the biggest satisfaction from the project was it would provide the people of the island a nice beach to picnic.

“The people of Dhaandhoo no longer need to despair because Vodamula - the island we used to go to for picnics – was turned into a resort. We will get a more beautiful, more pleasant beach,” he said.

The project will see the reclamation of 25 hectors of land in Dhaandhoo – which will double the size of the island.

MTCC denies any corruption in procurement of minibuses