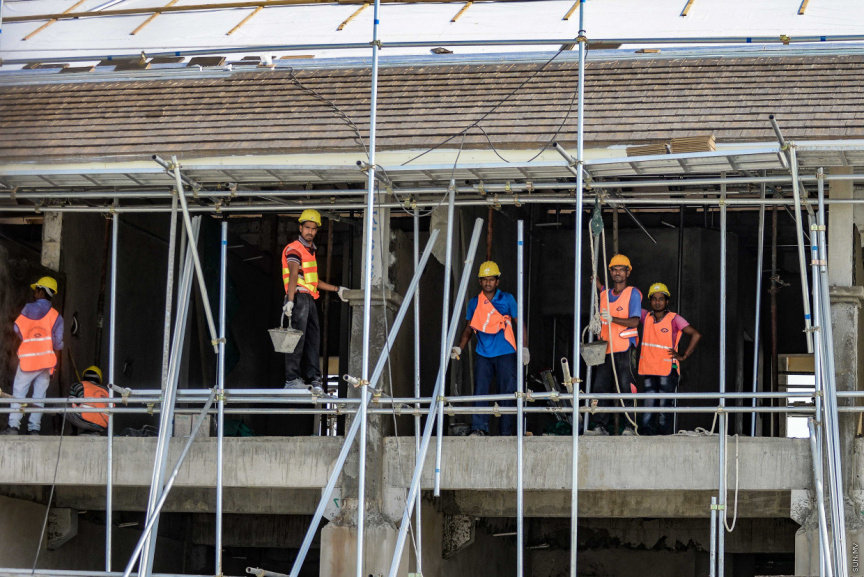 A migrant construction worker was hospitalized last week, after getting impaled in the face with a metal object.

The incident took place at a construction site in Male’ City on Thursday, September 15.

A police spokesperson said workers were lifting a pile of metal into an upper floor of a construction site when one dropped, and pierced a worker in the face.

The worker is being treated at the ADK Hospital.

The police are looking into the incident, said the spokesperson.

The metal reportedly pierced the worker in the nose.

ADK Hospital declined to disclose any details regarding his condition.