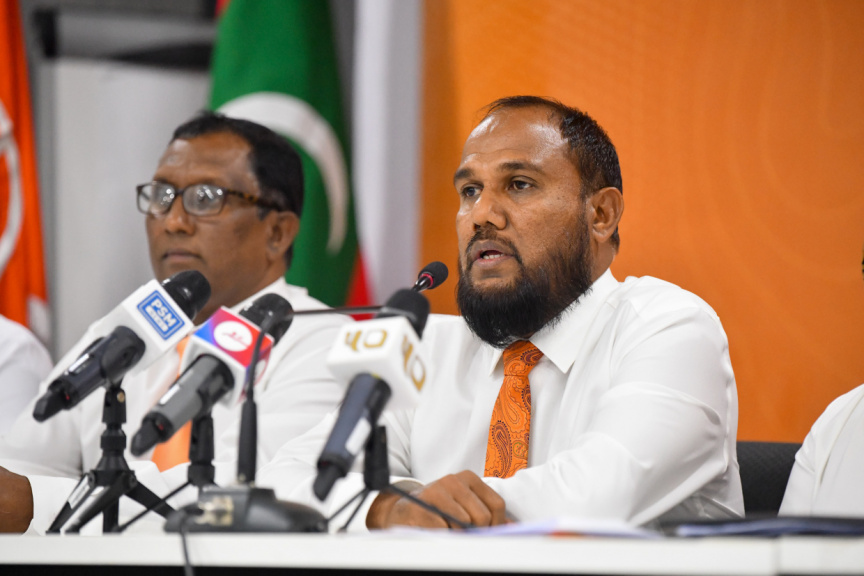 Maldives Development Alliance (MDA) announced plans to host a large gathering in the capital city Male’ to commemorate the party’s anniversary this year.

The party’s Vice President Ali Mauroof noted that the support for MDA has been increasing, hence, in celebration, during the party’s anniversary this year – December 20, a large gathering will be held in the Male’ area.

“I believe that till now, such a [big] gathering has been held by MDP and PPM. We are very confident that we will be hosting a gathering as large as those held by those two parties.”

Furthermore, he said that the work ongoing to increase membership receives good support, and is estimated to have between 20,000 – 25,000 members by the anniversary.

MDA has been working hard to prep for the upcoming Presidential Elections in 2023.

While President of MDA MP Ahmed Siyam had announced his candidacy, the party has been travelling across Maldives to increase members.

MDA: Will grow 1/3 fruit&vegetable locally in our gov

MDA will resolve lack of support for single mothers

MDA: Most new membership at once from Addu City