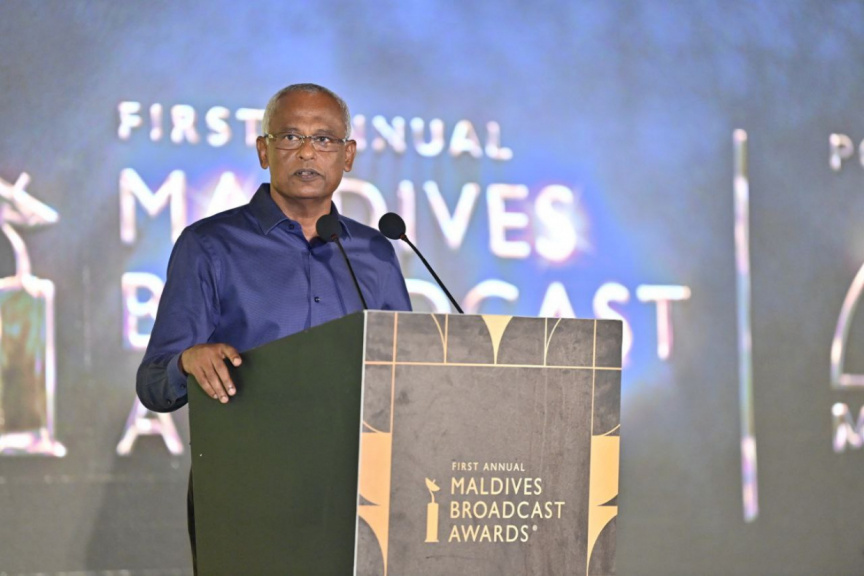 President Ibrahim Mohamed Solih, on Wednesday, has stated that the Evidence Act including the provision on compelling journalists to disclose their sources will be amended.

Speaking at ‘Maldives Broadcast Award 2022’ ceremony tonight, President Solih underscored that media personnel was extremely concerned regarding the Evidence Bill which he rectified in July, as a result of which he held a meeting with media personnel to discuss the concerns in question.

“I have decided that the law will be amended again, to address these issues,” he stressed.

President Solih underscored that the Defamation Act previously in existence, hindering journalism by obscuring the freedom of expression has now been repealed.

Noting the lack of adequate training opportunities for local journalists holding back the development of the sector – the President appealed to Maldives Broadcasting Commission and Maldives Media Council to escalate efforts in this trajectory.

Commenting on freedom of expression – President Solih emphasized the importance of speaking up in achieving positive changes in the world. Nevertheless, he said one should ensure that words being spoken are respectful to another, and that one must be mindful of the consequences of his or her words.

“Something a responsible journalist will do is to think whether their words, or their writings will produce a good or a bad result,” he added.

Speaking further, President Solih stressed that tonight’s ceremony was a historical, and happy event. He thanked Broadcasting Commission’s President Mariyam Waheeda for initiating such an award for the first time in the Maldives.

The government’s Evidence Bill, sponsored by North Thinadhoo MP Abdul Mughnee, was passed by the Parliament on June 30, despite protests from journalists. Subsequently, a petition with the signatures of 158 journalists was submitted to the President. Nevertheless, he ratified the bill into law on July 18, without any effort to address the issues raised by journalists.