Five more arrests made in connection to attack on police officers 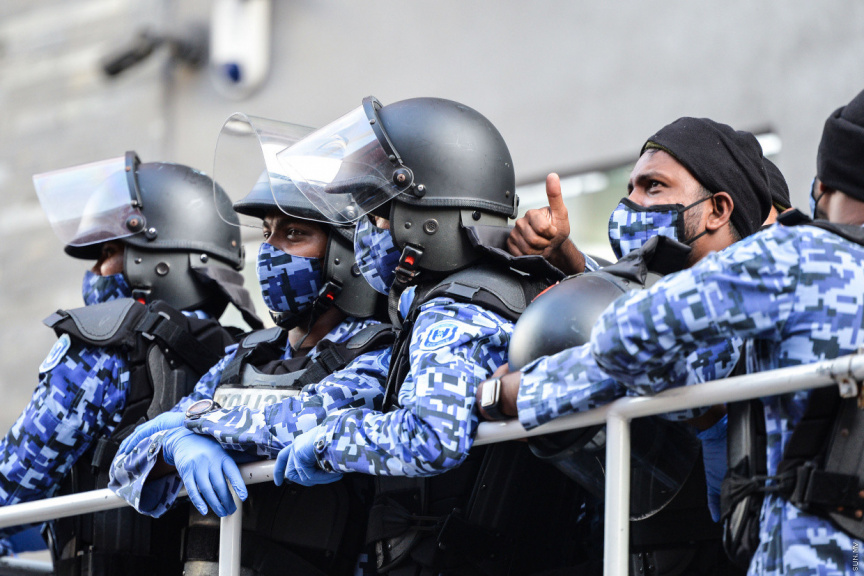 Five more arrests have been made in connection to the attack on police officers on last Friday.

Three police officers were assaulted near Euro Store in Majeedhee Magu in the capital of Maldives, Male’ City, late Friday morning. The officers serving in the Drug Enforcement Department were assaulted by members of a known crime group during their off-duty hours.

Via a tweet, Commissioner of Police Mohamed Hameed said that five more suspects in connection to the case, who were in hiding, had been arrested on Wednesday night.

In a previous tweet, CP Hameed said that wider systems need to step up efforts to holistically tackle the problems of violent crime groups and the trafficking of narcotic drugs. He further stated that more support was needed to protect police officers, in order for them to be able to protect and serve the community.