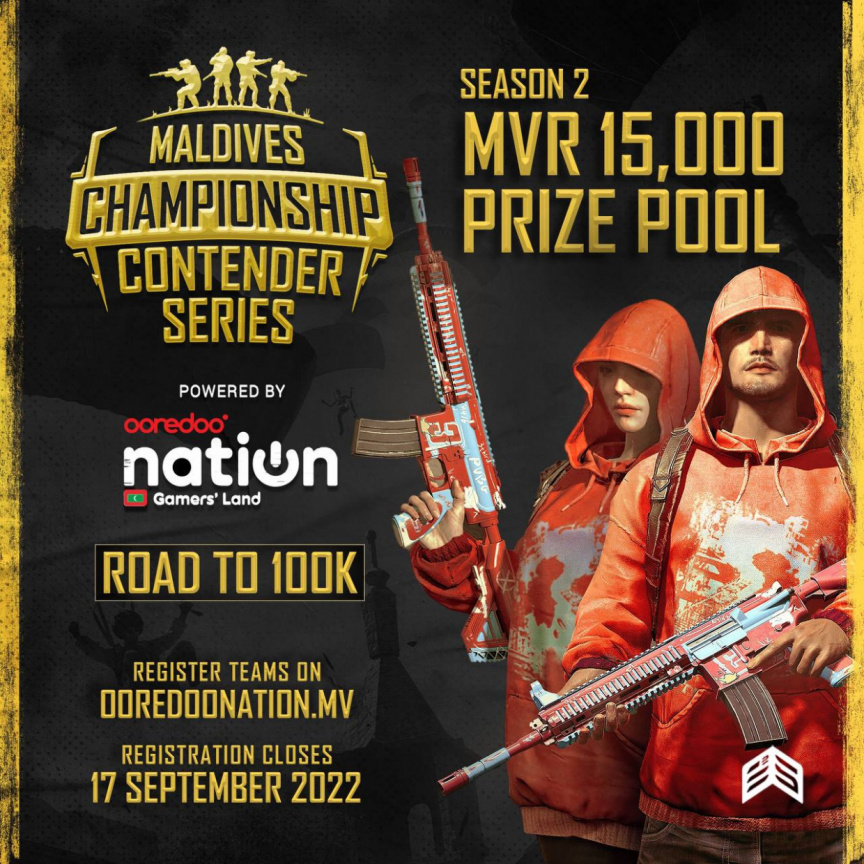 According to Ooredoo, the Ooredoo PUBG Mobile Championship Contender Series 2 is the second PUBG qualifier tournament in the series leading up to the biggest PUBG tournament in the Maldives yet, to be held in December, with a grand prize pool of MVR 100,000.

Participating teams are required to pay a MVR 150 registration fee, submit the team list along with the team logo before September 17.

A prize pool of MVR 15,000 is allocated for the winning teams of Ooredoo PUBG Mobile Championship Contender Series 2, where:

16 teams will compete to win the championship in December, with a grand prize pool of MVR 100,000.