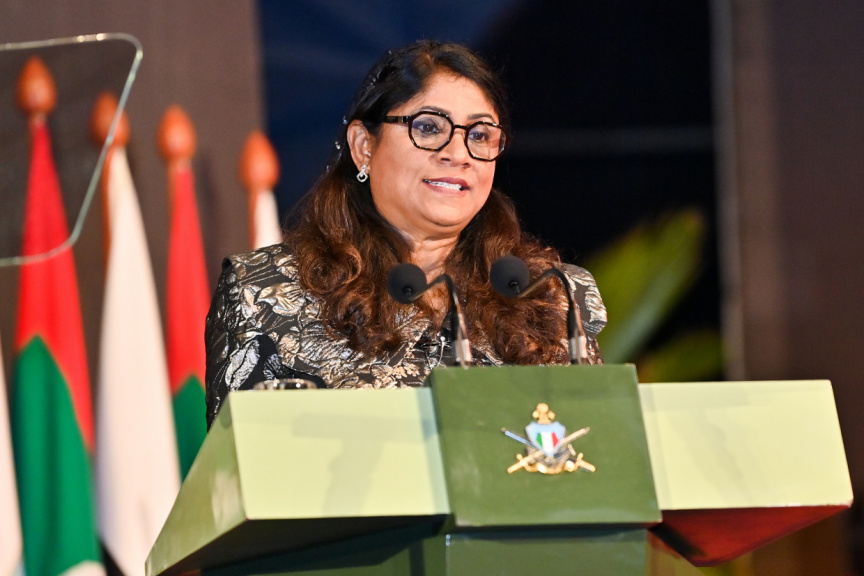 Minister of Defence Mariya Ahmed Didi on Tuesday said that the work to establish a justice system within the military has been successful and that enforcing it has now begun.

Speaking at the special function held to mark the 130th anniversary of Maldives National Defence Force (MNDF), the minister noted that the administrative structure within the institution has attained much progress during this administration.

She noted that previously it was the Chief of Defence Force or political leaders that make the decisions on the complaints submitted about military personnel. She added that this deprived the officer of the opportunity to say anything in their defence.

However, since this administration, work has been done to establish a justice system that focuses on both sides of the story as well as looks into evidence, under set policies.

“Concluding that work successfully and beginning enforcement was a great achievement for those who love justice and equality.”

Speaking further, Minister Mariya said that within the past three and half years of President Ibrahim Mohamed Solih’s administration much has been done to achieve gender equality.

She went on to state that the recruitment of females has increased by 25 percent.

Moreover, the promotion of females has increased by 50 percent, and inclusion of females in boards and committee has gone up by 120 percent as well.

Minister Mariya highlighted that President Solih has vowed to establish a military that was exempt from influences and one that has gained the love and respect of the people.

She noted that the President has fulfilled that, and also thanked him for the close relationship he maintains with the army.

Addressing the army, she said that whenever the need arises, they need be an example in serving the people.

Furthermore, she said that today's military had gained the love and respect of the people, is accountable  and follows a democratic system.