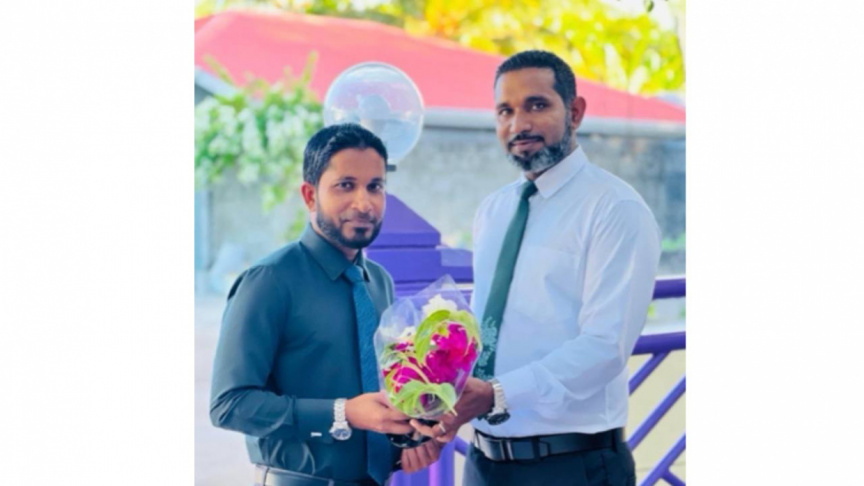 Fuvahmulah City’s Hafiz Ahmed School’s former principal Mohamed Fayaz has returned to work following the order by Civil Court to reinstate him to his previous post – leaving the school with two principals.

Fayaz was dismissed from the school 2019, and transferred to a post within the Education Ministry. He was later transferred to the post of principal at AA. Feridhoo School.

He lodged a case with the Employment Tribunal over his dismissal, which, in December 2021, ordered his reinstatement.

He also won a wrongful termination lawsuit at the Civil Court.

Civil Service Commission’s president Mohamed Nasih told Sun the commission had to appoint two people to the post of Hafiz School’s principal in order to comply with the court order.

“When the Tribunal issued its verdict to reinstate him, we decided the order was already being complied with as he was serving as principal at a school. But the Civil Court has now decided that the order with only be considered complied with if when he is reinstated to Hafiz Ahmed School,” said Nasih.

Nasih said they were working within Civil Service Commission’s regulations to find a solution to the issue.