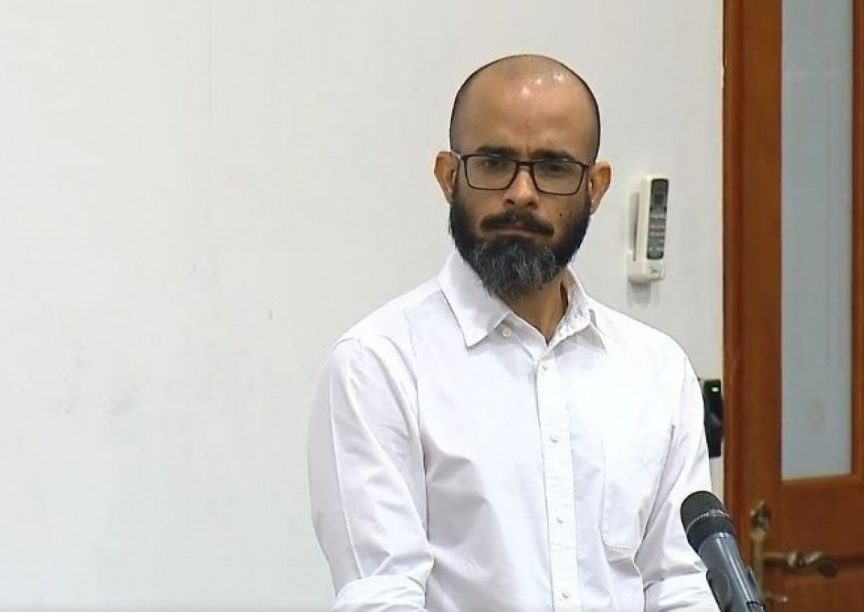 MMPRC’s former Managing Director Abdulla Ziyath testified on Tuesday that Yoosuf Naeem, a former parliamentary representative for Felidhoo constituency, had told him that he had given USD 1 million to former President Abdulla Yameen Abdul Gayyoom before the lease agreement of V. Aarah was executed.

Ziyath testified so in the case against Yameen and Naeem in connection to the sale of Aarah for resort development.

Yameen was charged with money laundering and taking a bribe in connection to the case in November 2021. He is accused of misusing his position and taking a USD 1 million bribe to facilitate the sale of Aarah to Naeem.

Meanwhile, Naeem was charged with giving bribe in connection to the same case.

Testifying at today’s hearing, Ziyath said that Yameen requested the lease of Aarah to an individual named Yoosuf Naeem, through former Vice President Ahmed Adheeb. He said that Yameen had requested Adheeb to make the necessary arrangements for it.

Ziyath said that the initial acquisition cost set of Aarah was USD 5 million. However, when Yameen requested to lower the rate, he detailed USD 2 million was omitted from the initial cost following discussions with Adheeb.

“Adheeb said that the price needs to be lowered. That is, that Yameen had called an instructed to lower the price,” he had said.

Ziyath said that the acquisition cost was eventually lowered to USD 2 million before the execution of lease agreement of Aarah – at the request of Yameen.

On September 9, 2015, the lease agreement for Aarah was executed – following which Ziyath had met Naeem at his office.

“After the signing, Adheeb and Yoosuf Naeem came to my office. Naeem told Adheeb and I, that the conclusion of the agreement would significantly ease Yameen’s worries as USD 1 million has been paid to him,” Ziyath detailed.

Former Vice President Adheeb will also testify at today’s hearing. He was produced as a witness by the prosecution.