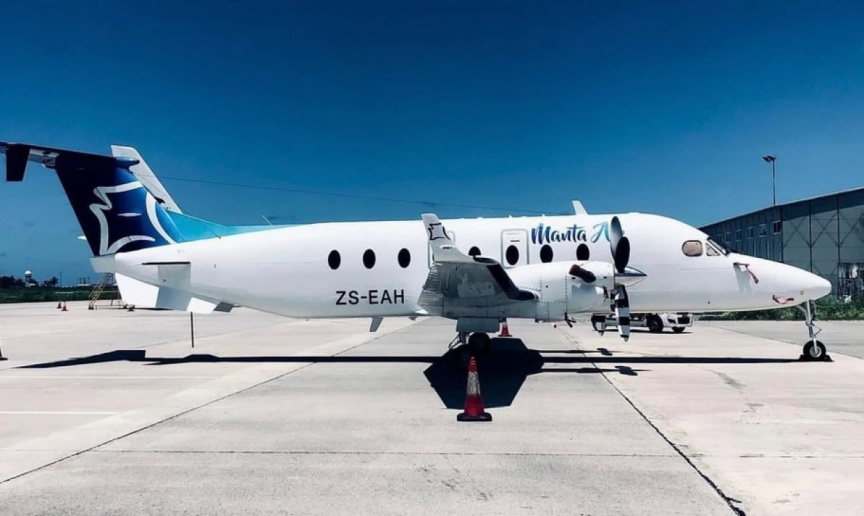 Passengers of the inaugural flight were greeted upon arrival at the Hoarafushi Airport with the traditional Maldivian Boduberu followed by a special ceremony organized by the Regional Airports Company and the Hoarafushi Council.

The highlight of the event featured the very local traditional welcome of presenting “Malaafai” by the council.

Commenting on the new operation, Manta Air’s CEO Mohamed Khaleel said the operation would bring opportunities to residents of the region, and boost business.

“We are delighted to partner with JA Manafaru to commence our operations to Hoarafushi Aiport. We are certain that the connectivity will not only benefit JA Manafaru, but also bring opportunities for the residents of Hoarafushi and nearby islands as well as the businesses in the area,” he said.

According to Manta Air, the new operation will be carried out using the Beechcraft 1900D aircraft added to the airline’s fleet in August.

The 18-seater aircraft comes with a high ceiling cabin that has a standing height at the aisle of the aircraft and is equipped with an air-conditioned cabin.

The Beechcraft 1900D is one of the fastest small aircraft currently available in the domestic market with speeds equivalent to that of the current ATR fleet in operation.

In addition to the daily charters to Hoarafushi Airport, the Beechcraft 1900D is also available for private charter operations.

Manta Air introduces a Beechcraft to fleet for 1st time

Manta to ease transport of patients from Kudahuvadhoo

MET: Weather will begin to clear on Thursday