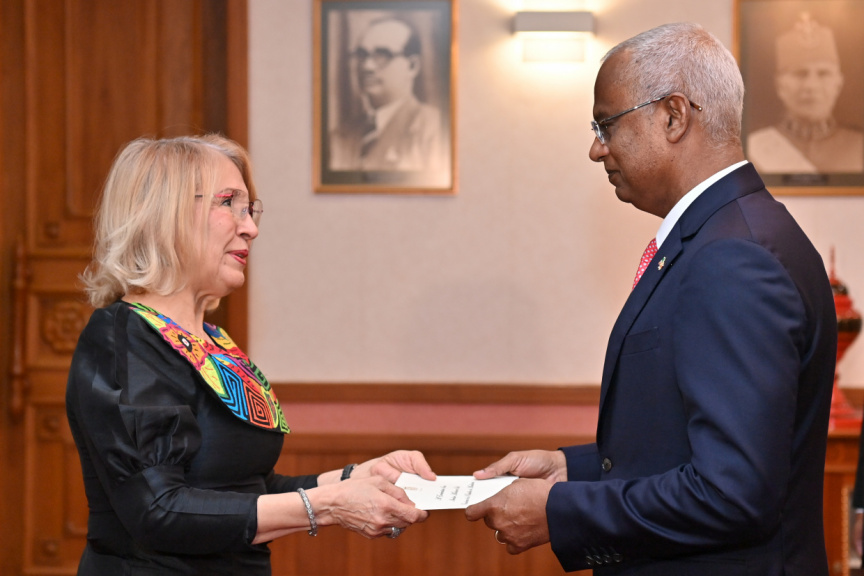 Before concluding the meeting, they reaffirmed their commitment to strengthening the bilateral ties between the two countries in areas of mutual interest.

The Maldives and Panama established diplomatic relations in 1989.

He noted that Ghana could learn a lot from the Maldives' tourism industry and proposed looking into investment opportunities from Maldivian enterprises to help Ghana's tourism sector.

President Solih highlighted that this year marked 50-years since the tourism industry was established in the Maldives and assured support for the development of Ghana’s tourism sector. He also stated that his administration was focused on promoting sustainable practices in the country's tourism industry.

Before concluding the meeting, President Solih expressed hope for increased people-to-people contact between the two countries, which he noted was essential to strengthening bilateral ties and boosting trade and investment.

Both also reaffirmed their commitment to collaborate in the international fora to advance issues of mutual interest.

The Maldives established diplomatic relations with Ghana on August 10, 1989.

MeetingGambian ambassador Jawara after the credence ceremony, President Solih congratulated him on his new appointment, and spoke about the two countries' long-standing friendly relations.

Both President Solih and Jawara highlighted that both countries share numerous mutual values, such as a shared belief in Islam, historical ties, democratic principles, and membership in the Organization of Islamic Cooperation (OIC) and the Commonwealth of Nations.

President Solih said that the Maldives' intervention in support of the Gambia's case at the International Court of Justice on safeguarding the rights of the Rohingya people was a perfect example of international collaboration with the Gambia.

Jawara expressed interest in collaborating with the Maldives to exchange knowledge and expertise in agriculture, tourism and fisheries. He also expressed interest in seeking assistance to train Gambian diplomats through the Foreign Service Institute of Maldives (FOSIM), and Presisdent Solih assured him that this request would be fully considered. The President also welcomed mutually beneficial collaboration with the Gambia in promoting tourism.

Both expressed their commitment to further strengthen bilateral and multilateral cooperation between the two countries.

The Maldives established diplomatic relations with the Gambia on July 3, 1989.