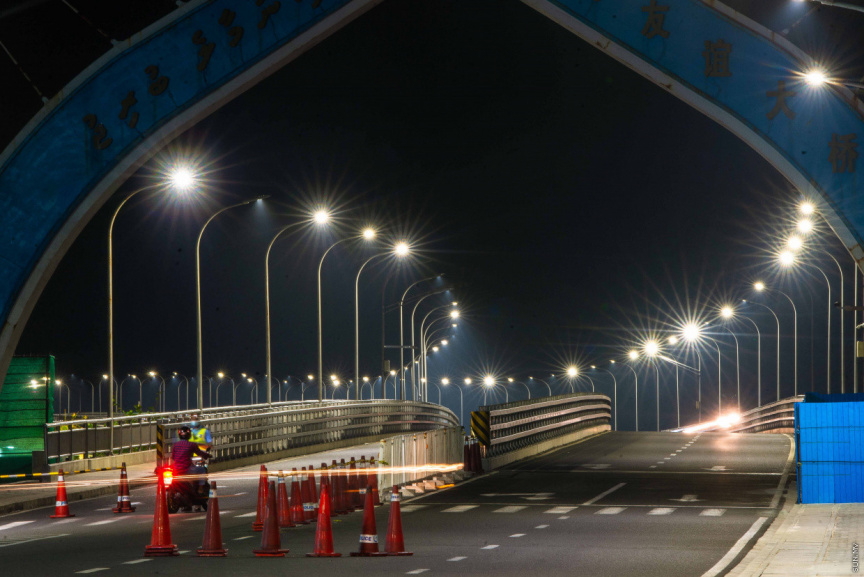 Traffic police question motorcyclists getting on the Sinamale' Bridge during a curfew in Male' City. (Sun Photo/Fayaz Moosa)

A police car overturned on Sinamale’ Bridge highway on early Monday morning, resulting in severe damage to the vehicle.

Police said that the accident was reported to the authority at approximately 2:58am on Monday morning.

Three passengers that were in the car at the time of the accident were taken to Hulhumale’ Hospital to receive treatment for their injuries. Police said that all three passengers have been discharged after treatment.

Police did not disclose how the accident happened. However, they stressed that they were investigating the case further.

A video of the overturned police car went viral on social media following the accident. The video shows the police vehicle to have been severely damaged.