Minister Imran: Political stability will be lost if a parliamentary system is there 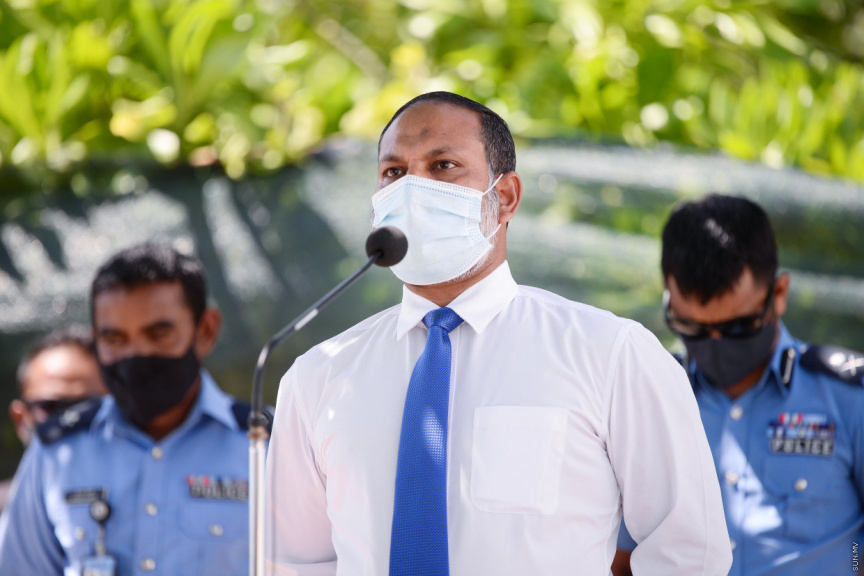 Home Minister Imran Abdulla, on Monday, has stated that political stability will be lost if the governing system of Maldives is changed to a parliamentary system.

Imran who also serves as the leader of government coalition Adhaalath Party has made the remark at a time Parliament Speaker, main ruling party, Maldivian Democratic Party’s (MDP) Leader Nasheed has submitted a resolution to MDP’s congress scheduled for 19th of this month on holding a constitutional referendum to switch the governing system from a presidential system to a parliamentary system.

At a press conference held this morning, Nasheed had explained the timeline for his vision of changing the system of government in Maldives from a presidential to parliamentary system.

Imran said that the only result of this would be division within the country and the people falling into crisis.

Meanwhile, President Ibrahim Mohamed Solih has stated that the governance system can only be changed through a constitutional referendum.

Home Min: Good President alone will not better a nation

'Will not ignore people who engage in illicit sex acts'