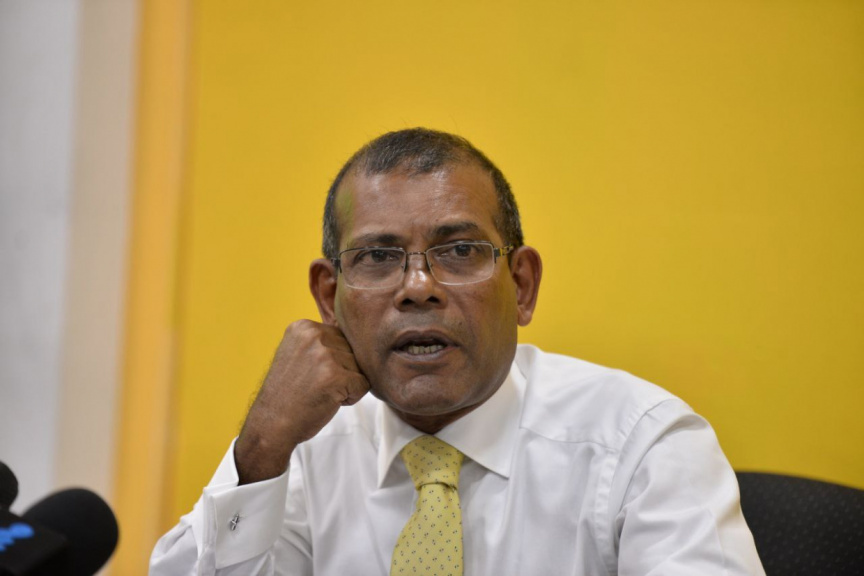 Maldivian Democratic Party’s (MDP) Leader, former President Mohamed Nasheed has submitted a resolution to the party’s congress on holding a constitutional referendum to switch the governing system from a presidential system to a parliamentary system.

The decree submitted by Nasheed on Thusday calls to hold a constitutional referendum to switch the governing system – and make major changes to the constitution should the people choose a parliamentary system.

Such changes include head of Maldivian government being a prime minister elected amongst parliament member and head of state being a president elected by a public vote.

The resolution submitted with support of MDP’s Deputy Leader, Minister at President’s Office Mohamed Shifaaz also proposes to determine the representation of constituencies in Parliament, and formation of the policy on inclusion of members on the 'National List' based on the percentage of votes received by political parties.

Apart from this, the resolution stated that the cabinet running the government should constitute of ministers selected amongst members of the parliament. It also stresses that the number of parliament members should not exceed 87.

The resolution reads that number of Supreme Court judges should be five – whereas how the Judicial Service Commission (JSC) is composed must be amended. In addition to this, the inclusion of characteristics of decentralization of administrative divisions is also stated in the resolution.

The purpose behind submitting the resolution as stated was the unlikely chance of one party dominating elections due to the existing governance system set out in the constitution – which hinders one party from governing alone. It was noted that forming coalitions with other parties for MDP to secure election had decreased trust placed by general members on the party.

MDP members had earlier initiated a petition calling for a constitutional referendum to switch from a presidential system to a parliamentary system. Although President Ibrahim Mohamed Solih welcomed the petition – he had stated that the governance system can only be changed through a constitutional referendum. Partners of government coalition however, spoke out against the petition.