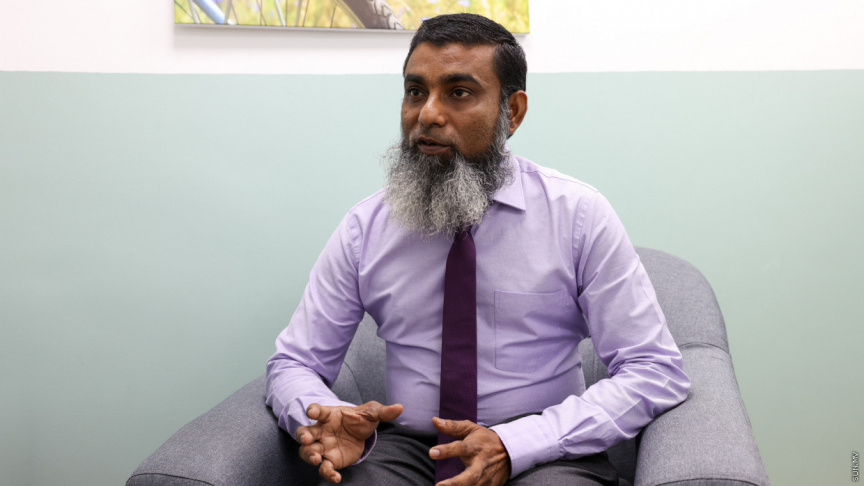 Regulations followed in Male’ the hearings of GDh. Thinadhoo depopulation case have been amended to expand the scope under which the public will be giving their testimonies.

The case is being probed by Ombudsperson’s Office for Transitional Justice (OTJ).

OTJ’s Chief Ombudsperson Abdul Salaam Arif told Sun on Tuesday night that it would be impossible to uncover the truth behind the case if the case is only focused on the depopulation of Thinadhoo. In this regard, he detailed that additional ways to hold the hearing were explored – following which the office had decided to expand the scope under which the public will be giving their testimonies.

“Instead of only probing the Thinadhoo depopulation case – they believe there are other matters which led to the incident. The testimonies given in the first public hearings came also like this. Because it is only this way, some people are objecting to testify. Therewith, it was discussed the expand this in a sensible manner following which the amendments were made,” he had said.

The case of depopulation of Thinadhoo was submitted to OTJ by Thinadhoo Council.

Thinadhoo Council has asked for the residence of then-Prime Minister Ibrahim Nasir – which has been repossessed by the state – to be renamed from ‘Velaanage’ to ‘GDh. Thinadhoo Velaanaage’ as compensation.

They have also demanded the issuance of a formal apology to Thinadhoo people by the state; to uphold the rights which have been violated and the seizure of 50 percent profits from the assets of all perpetrators, to be given to Thinadhoo people as compensation for life.

Thinadhoo was depopulated in 1962, at the order of then-Prime Minister Nasir, upon the announcement of a separatist movement. 55 years on since Thinadhoo was repopulated, the depopulation of the island is marked in history as one of the greatest atrocities of all time in Maldives.

'No one to testify in Male’ hearings of Thinadhoo case'