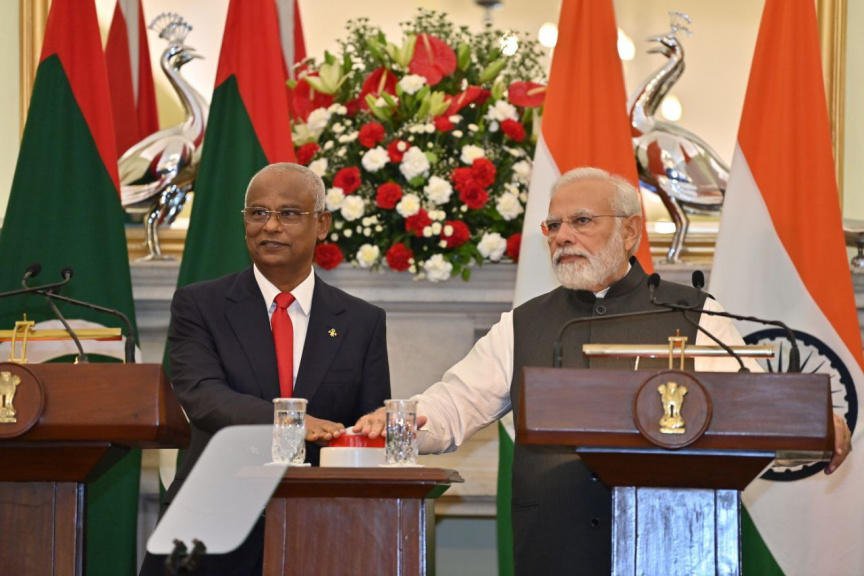 The foundation for the Thilamale’ Bridge has been laid on Tuesday.

The "Pouring of First Concrete" ceremony held in Maldives was live-streamed at the project launch and review ceremony in Hyderabad House, New Delhi.

Moreover, navigation bridges, viaducts, and on-grade roads will be constructed as part of the project.

Funded by a USD 400 million line of credit from Indian Exim Bank and a USD 100 million grant from the Indian government, the project was awarded to the Indian-based company, Afcons Infrastructure Limited.

During the project launch ceremony held in India, a video was featured on the review of Maldives-India Development Cooperation.

It also featured the progress of 4,000 social housing units being constructed in the Maldives by the Indian government.

The President is currently on a four-day official visit to India upon invitation from Prime Minister Narendra Modi. He is accompanied by a high-level delegation and Maldivian business leaders on this trip.