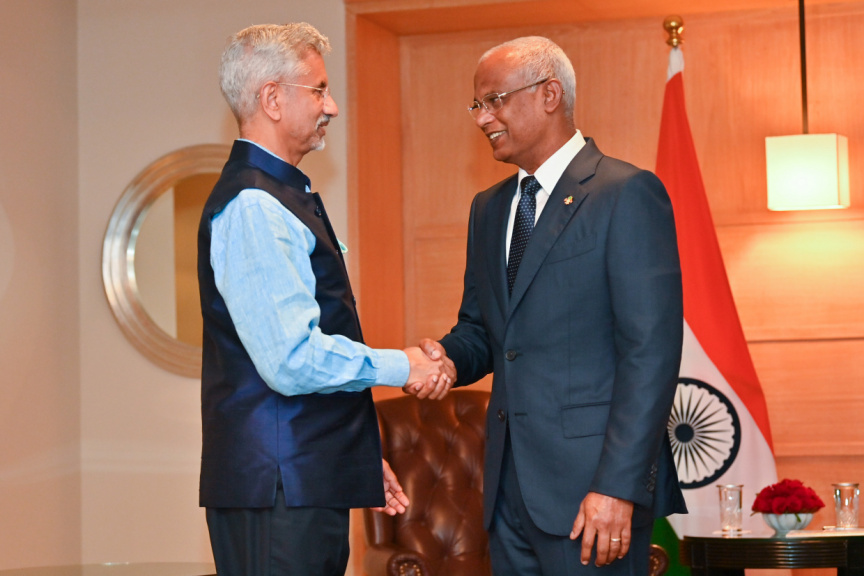 He made this statement when the External Affairs Minister paid a courtesy call on President Solih at the Hotel ITC Maurya in New Delhi, India.

During the meeting, both spoke about the exemplary bilateral ties between both nations and emphasized the strong resolve to further strengthen close cooperation and mutual interests.

Additionally, discussions were held regarding projects in Maldives being carried out with the assistance of Indians.

In this regard, some of the projects discussed include the Greater Malé Connectivity Project, the social housing development project, and Addu City Police Academy, among others.

External Affairs Minister stated that the projects under Maldives-India collaboration have been progressing and expressed his commitment to further accelerate the ongoing works.

Meanwhile, the President expressed gratitude to the Indian government for its aid in the Maldives' socioeconomic development, and also appreciated India’s Neighbourhood First Policy, under which the Maldives benefits immensely.

The President is currently on a four-day official visit to India upon invitation from Prime Minister Narendra Modi. He is accompanied by a high-level delegation and Maldivian business leaders on this trip.