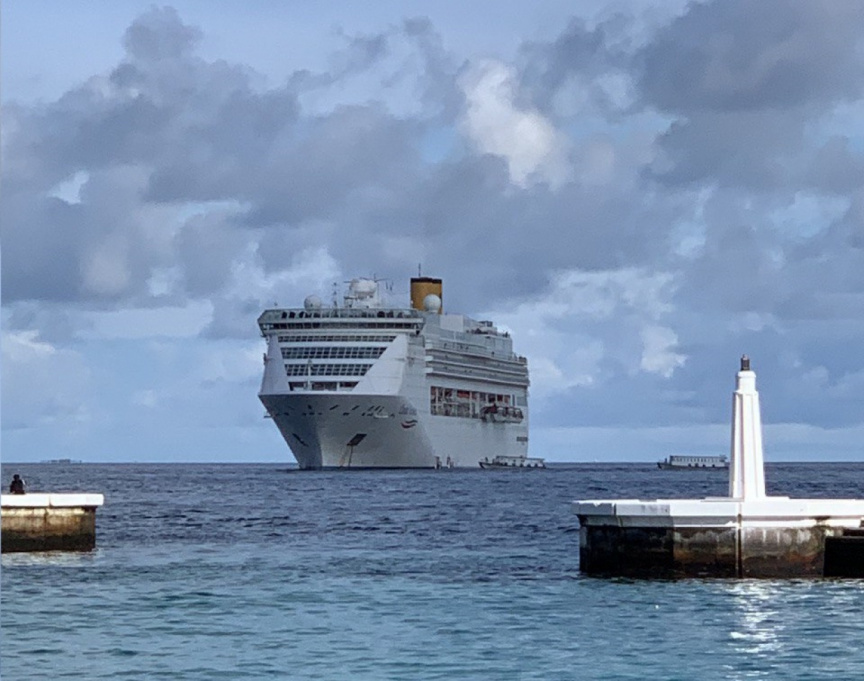 In an interview to RaajjeTV on Saturday evening, Shareef said that many cruise liners from New Zealand and Australia currently travel near Addu on the way to Europe.

He said that having cruise liners stop in Addu will be of huge benefit to the Maldivian economy.

Shareef said the Addu City Council was engaged in discussions with a Maldives-based cruise company regarding having liners make stops in Addu.

MPL had upped the pilotage fee in late 2020, resulting in a halt in cruise liners that travel to the country.

Cruise liners that travel to Maldives anchor outside Male’ City. They are guided in and out of the area by pilots from MPL – which previously charged MVR 16,330.52 per hour for the service. The fee was unexpectedly increased to MVR 74,458.56 per hour in December 2020. Cruise liners are also charged additional fees for the use of the port.

MPL flats to finish in 2023, ease of payments provided