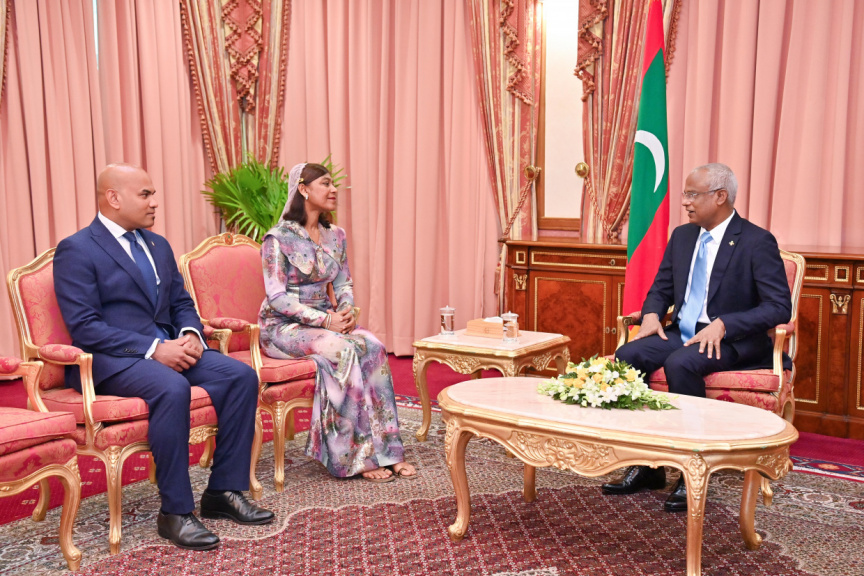 President Ibrahim Mohamed Solih, on Wednesday, has appointed Ahmed Shiaan as Foreign Ministry’s new Chief of Protocol and Aishath Shaan Shakir as the new Ambassador of Maldives to Germany.

Their accreditation ceremony was held at the President’s Office this morning.

Shaan’s appointment as the Maldivian Ambassador to Germany was approved by the parliament on May 24, by the unanimous votes of 29 members who took part in the vote.

Meanwhile, Shiaan was serving as an Additional Secretary at Foreign Ministry before his appointment ad the Chief of Protocol. Prior to that, he has served as Maldivian Ambassador to UK and European Union.