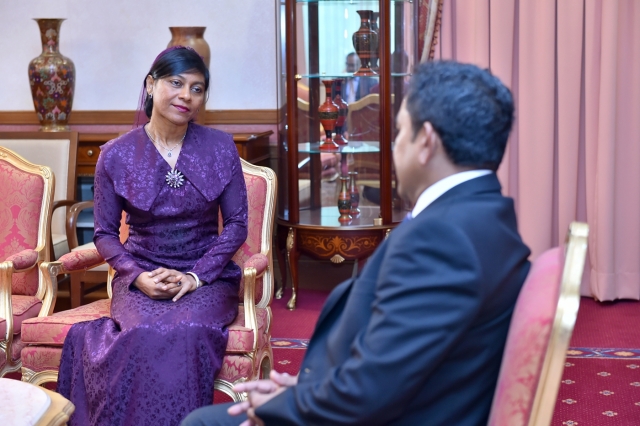 Aishath Shaan Shakir, the new ambassador, was presented with her credentials by President Yameen in a ceremony held at President’s Office this Thursday, December 29.

MFDA: No issue found with strawberries imported from Egypt