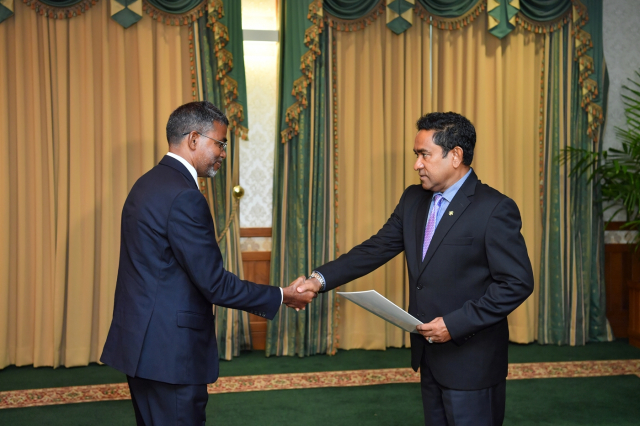 The letter of appointment was handed over to Sulaiman by President Abdulla Yameen Abdul Gayoom in a function held at President’s Office this Thursday morning.

The Committee of Independent Institutions of the People’s Majlis completed its deliberations and gave their approval to Sulaiman on Monday. And 31 lawmakers voted in favor of Sulaiman during the Majlis sitting on Wednesday.

Only those who earn over 75 percent marks based on education, training, experience and capability are provided their backing for NIC membership by the Committee of Independent Institutions. Sulaiman received 75.89 percent marks.