Villas to be developed at Kendhikulhudhoo mangroves 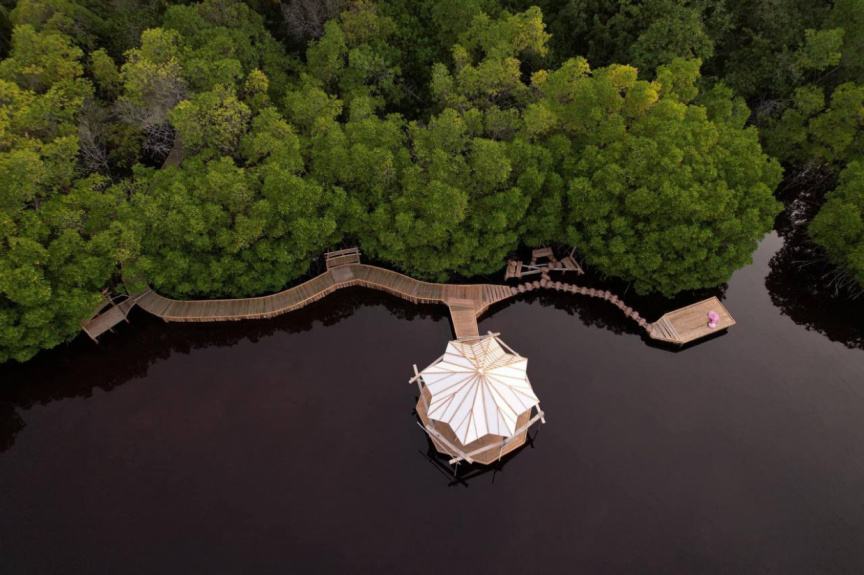 For the purpose of strengthening ecotourism on the island – N. Kendhikulhudhoo Council has announced their decision to develop villas at the island’s Eco Park, in a manner they oversee the stunning mangrove wetlands.

Kendhikulhudhoo Council President Mohamed Rauf told Sun on Tuesday that following their election to the council, all councilors’ main goal was to develop the island as an attractive tourist destination for visitors from the outside.

Whilst the main reason Kedhikulhudhoo garners visitors from outside was due to its mangrove wetlands – the mangroves which remained largely unutilized previously has now been transformed by cleaning and the establishment of a bridge, walkway and platform on it.

“Council is discussing ways to further strengthen ecotourism following its introduction. The development of the villas is an initiative under this. A large number of people travel to this island from outside at a present,” he had said.

Rauf said that Kendhikulhudhoo’s land use plan was formulated with tourism as a priority. In this regard, he detailed that the Council had planned to develop villas comprising of two rooms.

Noting that the project will commence within this year, Rauf underscored it would take some time to secure funding for the project as it will be sources by the Council’s budget.

He further stated that upon the completion of the villas – their operation will be handed over to Kendhikulhudhoo residents which is pledge of the Council.

Whereas a large number of travelers visit the island to witness the beauty of Kedhikulhudhoo mangroves, Rauf said that they have been unable to arrange accommodation for all visitors – adding this will not be an issue in the near future.