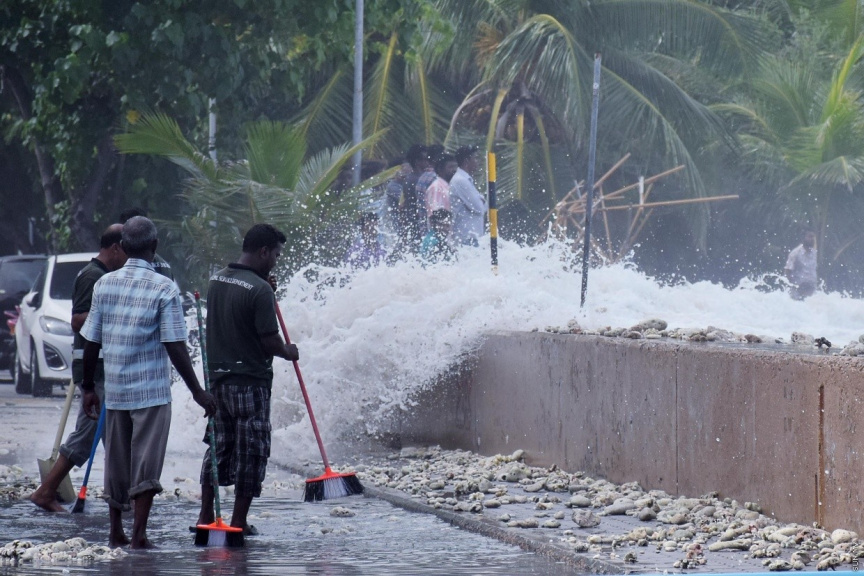 Waves crash against the seawall in Raalhugandu area of Male' City. (File Photo/Sun)

An official from MET told Sun that though swell waves were expected to some extent due to strong winds and rough seas, it was not expected to result in flooding.

Several islands in Maldives had suffered damages from tidal flooding earlier this month.

MET forecasts the area will be affected by torrential rain and strong winds of 19-24 miles per hour, with gusts of 50 miles per hour.

Seas are expected to be rough.

MET forecasts the area will be affected by heavy rain and thunderstorms, with gusts of 40 miles per hour.

An official from MET told Sun the bad weather is expected to prevail throughout the week, with heavy rain and strong winds. Seas are expected to be rough in northern and central Maldives.

It has been raining heavily in Male’ since Sunday afternoon, flooding the streets of the congested capital.

MET: Weather will begin to clear on Thursday

Widespread rain expected to prevail over next 48 hours