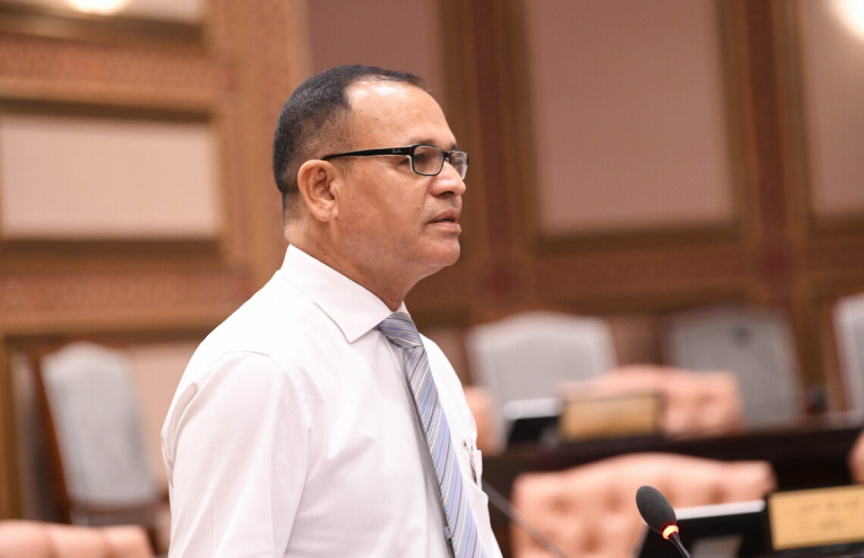 Parliament representative for Maduvvari constituency and Parliamentary group leader of the opposition, MP Adam Shareef said that the government needs to explain its hesitancy towards re-kindling the investigation of the gang rape of a 14-year-old student girl in R. Maduvvari.

He noted that an explanation needed to be given as there was evidence in the case as well.

Speaking about the case to Sun, MP Shareef said that the investigation was dragging on for so long due to political influences.

“It has been noticed that the government has become involved and has been purposely trying to mislead the truth.”

He added that the investigation wasn’t happening as it should and that the government wasn’t taking the necessary steps.

“[They] are taking this to the Prosecutor General’s Office. They trying to proceed saying that there is no evidence.”

Moreover, MP Shareef said that in such cases, a very thorough investigation has to be done, adding that dragging this out was inflicting further harm to the victim. Hence, he said that the government needs to take responsibility for this.

Top government officials have been accused of involvement in covering up the incident that took place in March last year.

Private TV station, Channel 13 aired audio clips on Friday’s episode of ‘Hajam’ show, which it claimed were recordings of phone conversations one of the suspects, a teacher, had with two men, identified only as ‘Adam’ and ‘Samarey’.

In the alleged phone conversation with ‘Adam’, the teacher claimed he discussed the case with President Ibrahim Mohamed Solih through Moosa Ali Manik (Mookey), the Managing Director of Road Development Corporation (RDC). He discussed the statement the victim gave to Gender Ministry and what she told her family.

Adam’ responded that Mookey called the President’s Office Chief of Staff Ali Zahir and the President himself, and “looked into it”.

In the alleged phone conversation with ‘Samarey’, the teacher claimed that Mookey received “that information” through the President.

‘Samarey’ responded that Mookey called Economic Minister Fayyaz Ismail in his presence and that Fayyaz said he had called Home Minister Imran Abdulla.

The teacher is accused of taking the victim, then-14 years old, to a guesthouse in Maduvvari, where there were three more men waiting, threatening her with a knife, forcing her to consume a drink believed to have been laced with a drug, and gangraping her.

The teacher denied the allegation and insisted he was framed.

The victim’s father, Ibrahim Riza said the recordings confirmed the family’s suspicious of government involvement in the coverup of the crime.

The crime had sparked a series of protests in Maduvvari, which turned violent.

MP Hussain yet to be penalized over voting for tax bill

Dismissal of minister who was dishonest at Majlis urged