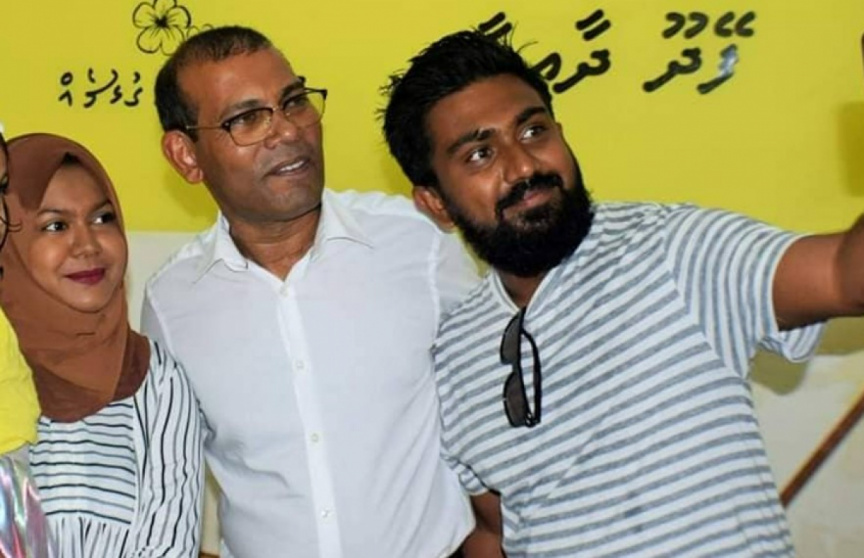 Ibrahim Shiyaz (R) and his wife (L), who were injured in a bus accident in Turkey pose for a photo with Maldivian Parliament Speaker Mohamed Nasheed (C).

A local family from Addu City’s Feydhoo have been injured in a bus accident in Istanbul, Turkey on Thursday.

Addu City’s Mayor Ali Nizar told Sun that four individuals belonging to the same family were injured during the bus accident. They include a couple, their child and another relative.

Underscoring that all members of the family had sustained various degrees of injuries – Mayor Nizar stressed being informed of a man, Ibrahim Shiyaz, suffering a fracture to the shoulder.

“Have not been able to contact that family at Turkey. But another family member in the Maldives reported being informed that all of them sustained serious injuries even though not life threatening. In this regard, Shiyaz suffered a fracture to the shoulder. Another person’s jaw was dislocated,” he detailed.

Mayor Nizar said that Addu City Council was closely monitoring the condition of the family involved in the accident.