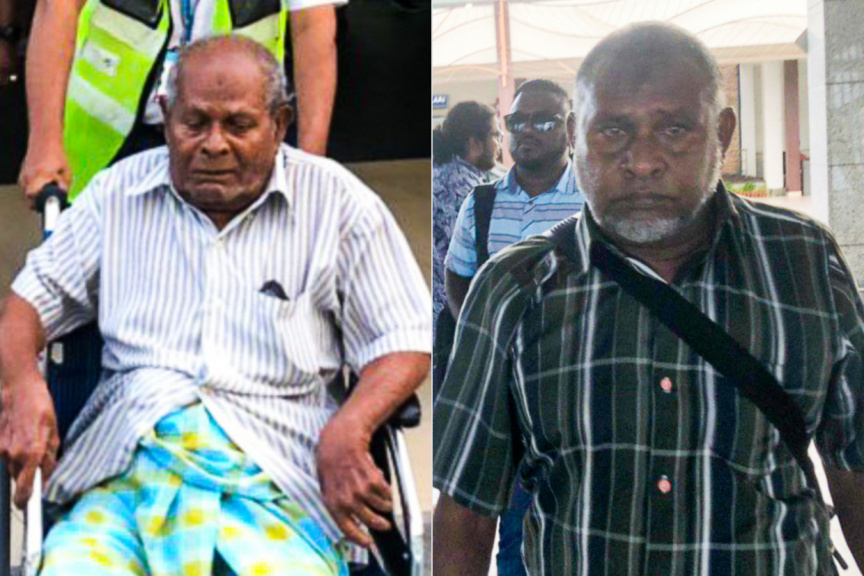 The Criminal Court on Wednesday sentenced two individuals to life imprisonment in the rape case of a toddler in Ga. Kanduhulhudhoo.

The two convicted in the case are the victim’s paternal grandfather Ibrahim Didi, 62, from Rihiveli in Kandulhudhoo and great-grandfather Hassan Moosa Didi, 82, from Annaarumaage in Kanduhulhudhoo.

After the case was reported to the authorities by the child’s maternal family, they were arrested on January 17 and charged with “carrying out an incestuous sexual act against a child” on February 13.

Notably, the court's order deduced the remand duration from the sentence of each of the men. Hence, they would now serve 22 years and 10 days.

The case had sparked outrage and protests across the Maldives demanding the government for more effective action against sexual offences against children. It also led to the resignation of former Gender Minister Shidhatha Shareef.