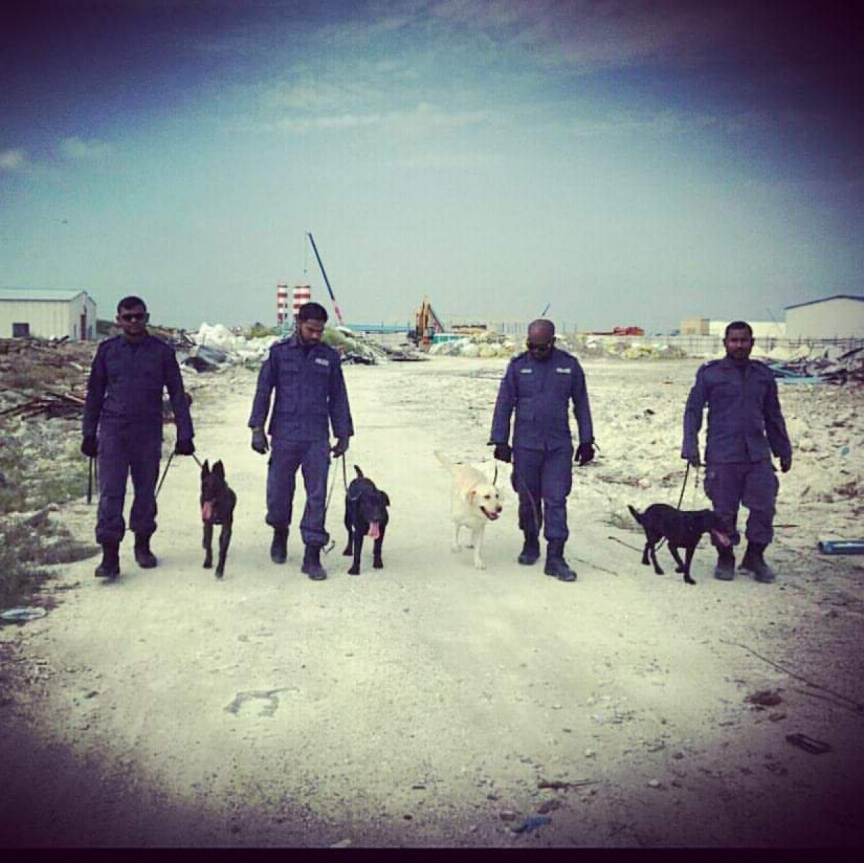 Some of the dogs in Maldives Police Service's (MPS) K-Nine Squad. (Photo/MPS)

Maldives Police Service has stated that a special training for its K-Nine Unit will be underway in different locations of Male’ City throughout Wednesday.

However, no other details regarding the special training taking place today have been disclosed by the police

Dogs were brought into the Maldives to take part and assist in the drug operations of the police. With their assistance, Maldives Police Service has carried out multiple successful drug operations across the nation – which saw the seizure of large quantities of drugs.

The dogs were brought into the Maldives during former President Abdulla Yameen Abdul Gayyoom’s – a move spearheaded by then-Home Minister Umar Naseer.