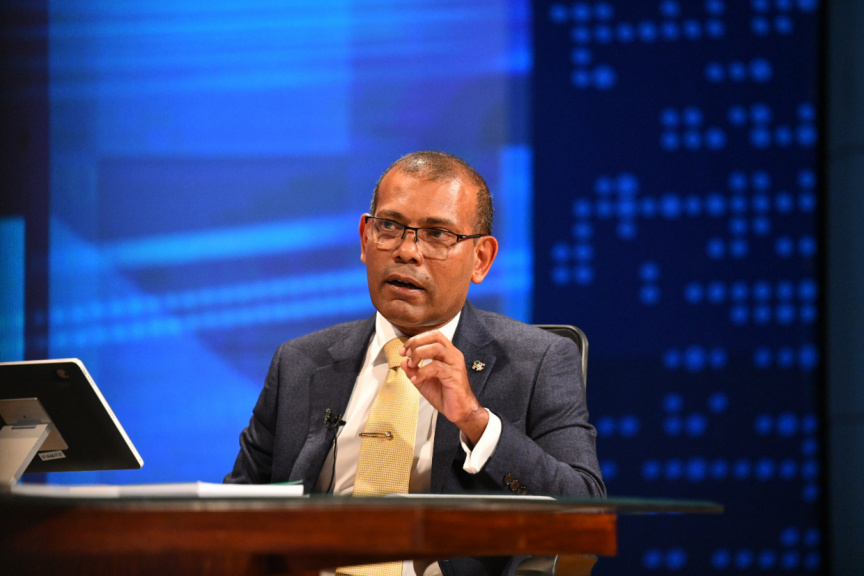 Parliament Speaker, former President Mohamed Nasheed has stated that he will die as a member of the Maldivian Democratic Party (MDP).

Speaking in the fifth episode of ‘Ask Speaker’ show on Thursday night, Nasheed said that he will not been seen in any other political party.

Underscoring that MDP has always been a forward-thinking political party, he stressed that it would be very difficult to part ways with the party.

Speaking further, Nasheed said it is perceptive for MDP to consider a third person when choosing a presidential candidate. He added that he believes President Ibrahim Mohamed Solih running for a second term is not ideal for the main ruling party, MDP.

Nasheed said that MDP will be facing every election with intention to win it – stressing loss is unacceptable.

Nasheed’s remarks comes at a time President Solih had expressed intention to run for re-election in the upcoming 2023 presidential elections at a press conference held earlier this month.

In an earlier statement responding to President Solih’s announcement – Nasheed said that now was not the time to put forward personal aspirations and get one’s foot in for presidency.