Nasheed: Now’s not the time to prioritize personal aspirations, get foot in for presidency 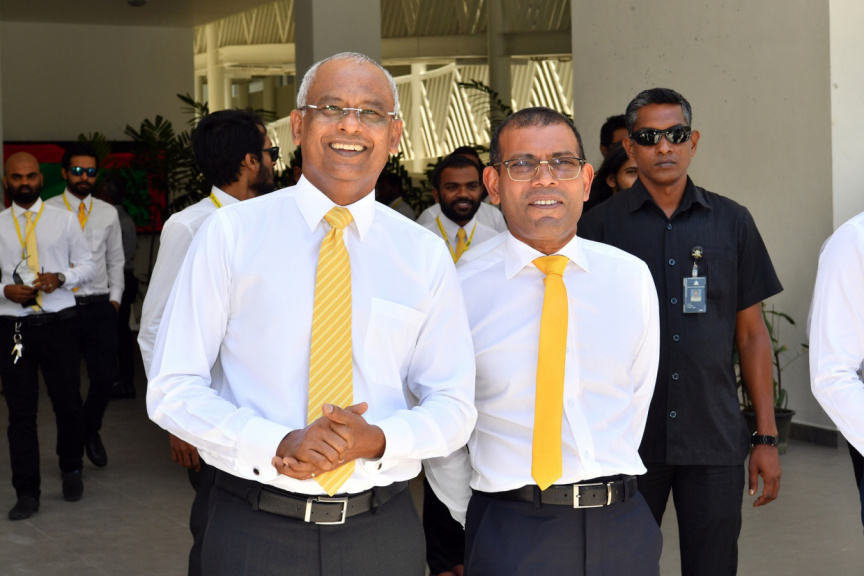 Parliament Speaker, former President Mohamed Nasheed said Wednesday evening that now was not the time to put forward personal aspirations and get one’s foot in for presidency.

Nasheed, the leader of the main governing party MDP, made the comment in a tweet shortly after President Ibrahim Mohamed Solih announced he intended to run for a second term.

In his tweet, Nasheed said he had been getting a lot of text from people.

“Now his not the time to put forward personal aspirations and get one’s foot in for presidency,” he said.

Nasheed said that now was the time to focus on economic woes.

“Now is the time to remedy the foreign exchange reserve and focus on maintaining the safety of the people and get on the right track,” he said.

In his first press conference in months, President Solih said that MDP needed to form a coalition in order to win the 2023 presidential elections, and that he was a choice to get it done.