Nasheed: In the future as well, Maldives will mainly depend on India 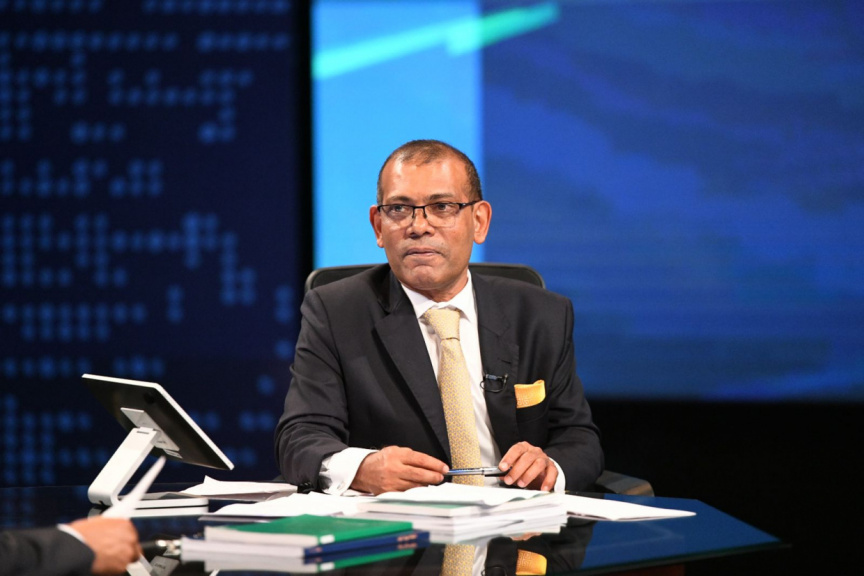 Parliament Speaker, former President Mohamed Nasheed has stated that Maldives will mainly depend on India in the future as well.

Speaking in the fifth episode of ‘Ask Speaker’ show on Thursday night, Nasheed said that India is the country that has been most helpful to Maldives in the past and in present.

He had remarked so whilst responding to a question posed to him asking whether criminializing ‘India Out’ campaign construes the right to freedom of speech, which he is a strong advocate for.

In this regard, Nasheed said that India has been a close friend of Maldives since earlier times. Underscoring that the country has always provided assistance to Maldives – Nasheed said that the island nation will mainly have to be dependent on India in the future as well.

He added that the current administration has never tried to construe the people’s right to freedom of speech.

However, he said that right to freedom of speech should be exercised within limits.

“For an example, cannot make false remarks regarding the Islamic religion. In this trajectory, doing things that would disrupt diplomatic relations formed with foreign nations is not something which can be done under the pretense of freedom of speech,” he explained.

Nasheed said that right to freedom of speech can be exercised without attacking neighboring nations. He stressed that making remarks which prompts hateful feelings towards a neighboring country was absolutely unacceptable.

Nasheed’s remarks comes after a bill has been submitted to the Parliament to amend the Penal Code in order to criminalize acts damaging to Maldives’ diplomatic interests, such as the ‘India Out’ campaign.

The purpose of the bill is to codify acts that damage the Maldives’ diplomatic interests as a separate crime from crimes related to public order, security and discipline declared on the Penal Code, and to make the necessary legislative changes to detail acts that will be considered such a crime.