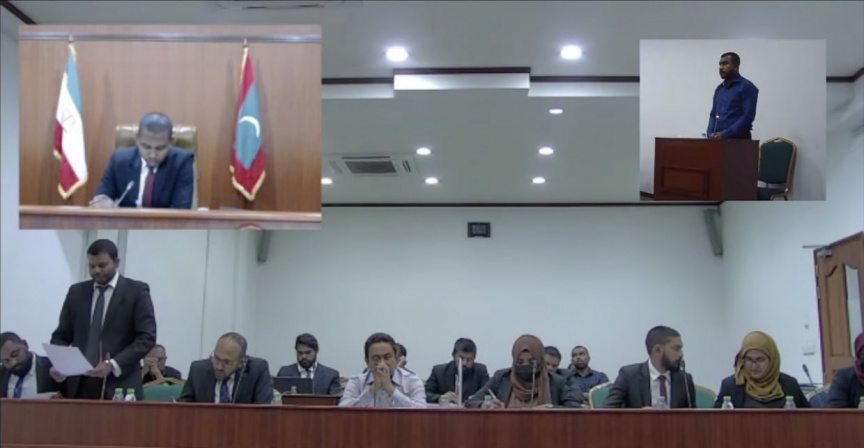 The Criminal Court on Thursday heard testimony from an official who previously worked at the Legal Section of the Tourism Ministry – one of the state’s witnesses in the trial against former president Abdulla Yameen Abdul Gayoom over the sale of V. Aarah for resort development.

On Thursday, the court heard testimony from its third witness. The witness, who previously worked for the Legal Section of the Tourism Ministry, was presented as a witness to clarify the procedure which was used by Maldives Marketing and Public Relations Corporation (MMPRC) at the time to lease islands.

The witness told the court that though islands were usually leased in accordance with standard procedure, some islands had been leased before the President’s Office made a decision.

The witness said he had been overseas when Aarah was leased.

The witness wasn’t asked many questions during cross examination.

The hearing was adjourned in under one hour.

The court has now heard testimony from three state witnesses. The previous witnesses were two police officers who had been involved in preparing the forensic reports submitted as evidence in the case.