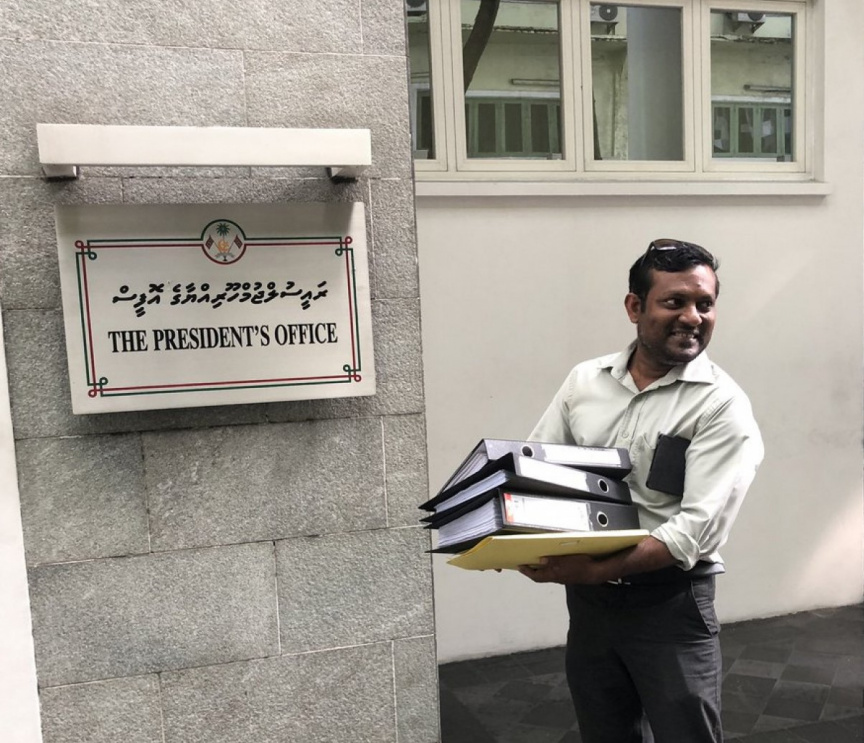 The case was submitted to the Police by the local non-profit organization Rayyithunge Ithihaadhu’.

They noted that though the Tweet has been since deleted, as it could be recovered using technology, it would be easy for Police to investigate this.

Moreover, the letter noted that the act by Nazim was in violation of the Religious Unity Act, and called for an investigation and take legal action.

Following the accusations, Nazim has denied these allegations, along with others against him.

He has been barred from travelling abroad, as Police investigate a video which allegedly shows him engaging in sexual relations with another man.

The video was leaked on Friday, and Nazim was brought in for questioning on Saturday evening.

Nazim had taken to Twitter to deny the allegation on Friday but deactivated his account on Saturday.