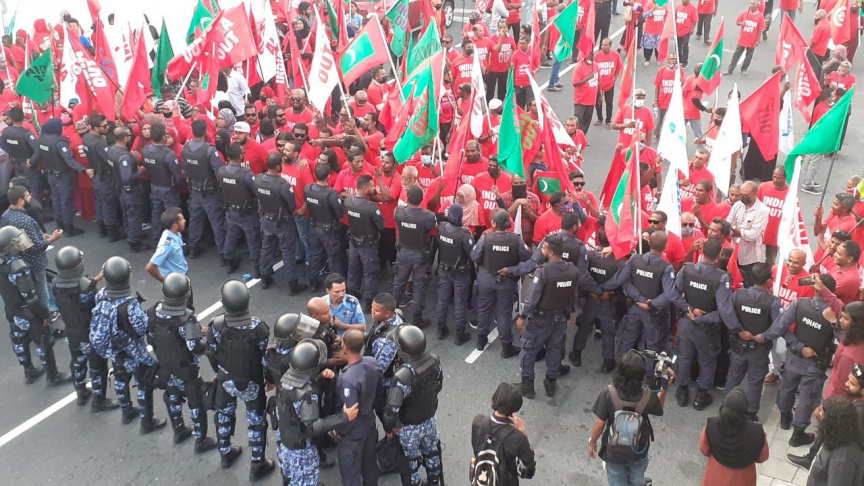 Attorney General’s Office (AGO) has drafted a bill to amend the Penal Code in order to criminalize acts that damage Maldives’ diplomatic interests, including the ‘India Out’ campaign.

AGO announced in a statement on Thursday that the bill had been submitted to the President’s Office for review prior to submission to the Parliament.

AGO said the purpose of the bill was to codify acts that damage the Maldives’ diplomatic interests as a separate crime from crimes related to public order, security and discipline declared on the Penal Code, and to make the necessary legislative changes to detail acts that will be considered such a crime.

According to the bill, the acts that will be treated as a crime includes damaging or altering a national flag or national symbol of a foreign country, destroying or calling for the destruction of foreign institutions, harming or calling for harm against a foreigner for the purpose of harassing them based on their nationality, or demanding a foreigner to leave Maldives based on their nationality.

President Ibrahim Mohamed Solih issued a decree banning the ‘India Out’ campaign on April 21, deeming it a threat to national security.

All state institutions have been instructed to enforce the decree.

PPM has filed a lawsuit over the decree, calling the move an infringement on the right to freedom of expression.

AGO provided legal counsel on over 900 matters in 2021