Immigration sees busiest days in its history, 17,000 passport application forms in May 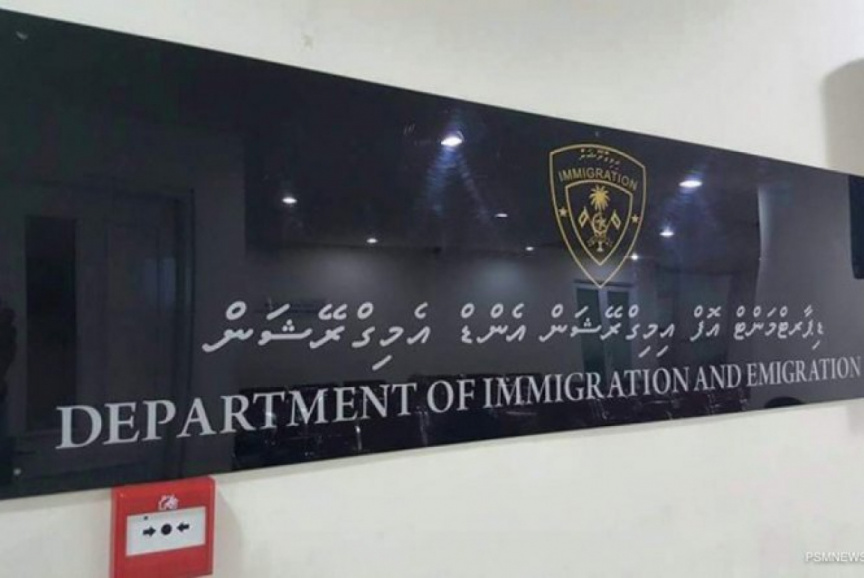 Department of Immigration and Emigration. (Photo/PSM)

Maldives Immigration has stated that department’s workload has significantly increase in recent days prompted by an unprecedented high demand for passports.

Immigration’s Spokesperson Mifthah Mohamed told Sun that the department’s workload has significantly increase since March of this year – with 17,000 passport application forms being submitted within May alone.

“The workload we currently have, was never witnessed previously. This is true. Hard work is being undertaken in order to ease the process and issue passports at earliest,” he added.

Mifthah detailed that 800 passports needs to prepared per day, at present. He stressed that Immigration’s staff working in other sections have been transferred to passport section – whereas the working hours have been increased in order to issue passports to requesters at the earliest.

Normally, Immigration working hours are from 8:30am to 15:00pm. Due to increased workload – the working hours have been extended until 9:30pm. However, official works of the department will only be undertaken until 15:00pm.

Mifthah said passports were issued within two days of request previously – which has now been increased to four days in light of the hike in workload.

Immigration has made the decision to amend the passport portal in order to further speedup passport service in the future.

‘Imuga’ portal which is presently used to submit passport applications requires undertaking some manual tasks. In this regard, the form needs to printed, filled and then scanned before submission.

In collaboration with its technical team, Maldives Immigration is currently working on addressing this issue and to decrease the number of forms being rejected. They are also working on finding a way for immediate identification of the photo submitted along with the application that does not meet the requirements.

“After efforts to speedup passport service comes to fruition – the application form can be filled online instead of uploading a PDF file. The most common issue is regarding the photo. Therewith, if the photo is incorrect, it can be immediately identified. The signature on the passport can be drawn on a paper, taken a picture of and uploaded as well,” he had said.

Mifhath said that as usual, same day issuance of passports is requested now even. Stressing that Immigration’s aim is to issue passports within a day from the application, he underscored that over 500 passports are now issued per day.