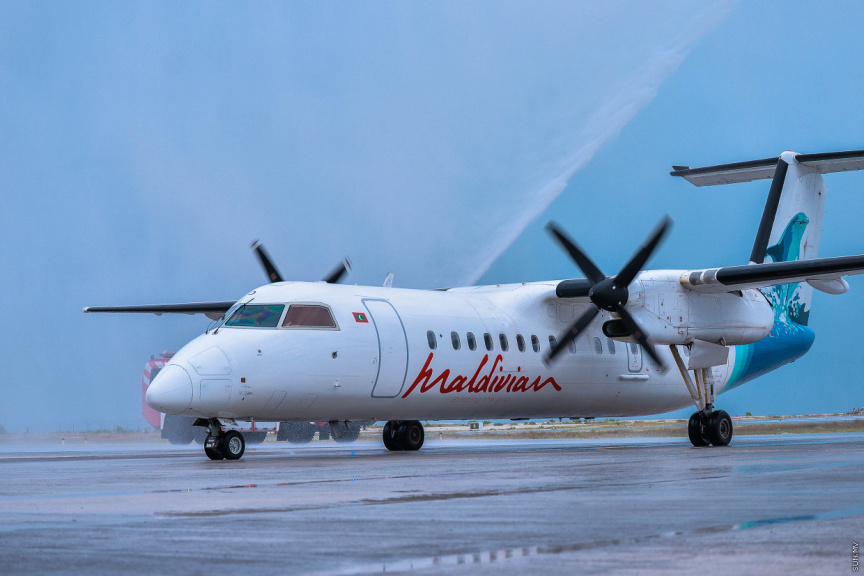 A plane operated by Maldivian is greeted to a water salute. (Photo/Island Aviation)

The quarterly report of state-owned enterprises released by the Finance Ministry for the year 2021 shows the IAS incurred the highest loss in Q2. IAS’ revenues took a significant hit in Q2, resulting in the company incurring a loss of MVR 99 million.

However, the direct costs of the company grew much higher than revenue, resulting in the gross profit margin declining against Q3 2021.

The report shows the total overhead expenses of the company grew by 21 percent, resulting in Q4 2021 ending with a net loss of MVR 24.7 million. The figure is 158 percent higher than Q3 2021.

Finance Ministry noted in its concluding remarks that cost management was an important element for profit maximization, and advised IAS to try to achieve efficiency, economy and effectiveness to improve business performance.