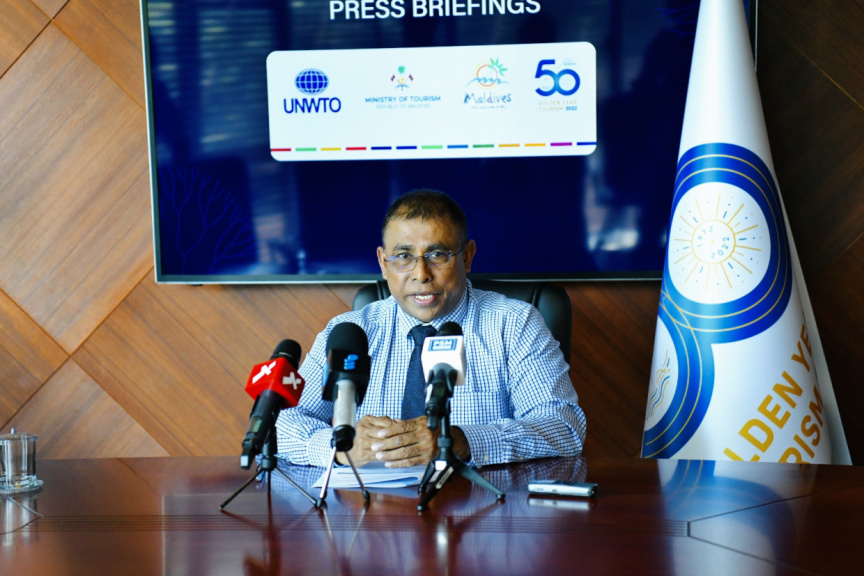 The summit will be held from June 14-16, and will have three thematic sessions. The three themes are:

The sessions will be attended by international experts in travel and tourism, local tourism industry leaders, and government ministers.

In a press conference on Thursday, Tourism Minister Dr. Abdulla Mausoom said that high-level panel discussions will be held during the sessions.

Mausoom said the summit will boost tourist arrivals to Maldives.

“International organizations have also stated the summit will support tourist arrivals,” he said.

Mausoom said that several meetings will be held by UNWTO ahead of the summit, including ministerial-level meetings of East Asia, South Asia, and Pacific region, and a round-table meeting.