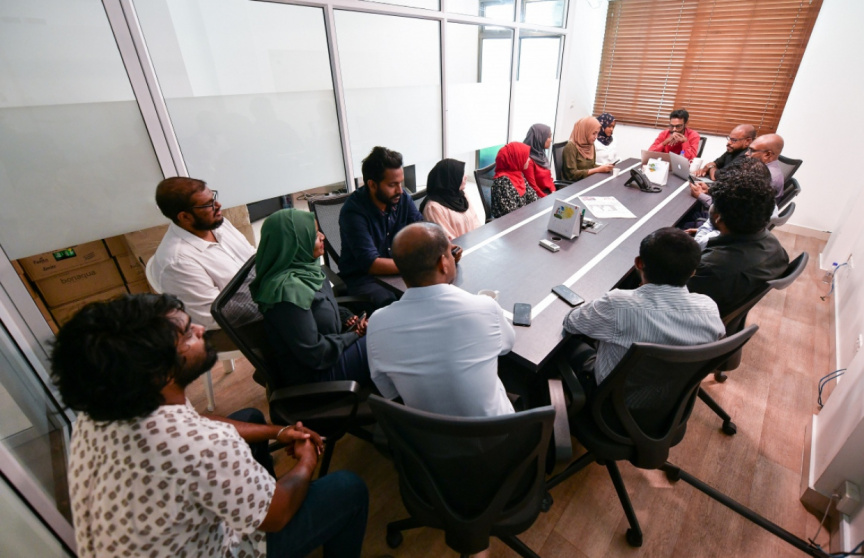 Police state they are looking into an incident involving a group of people who forced their way into the office of local news outlet “Mihaaru” of Sunday, and threatened and intimidated reporters.

In a statement on Wednesday, “Mihaaru” said it was saddened by the baseless allegations being made against their reporters, and that it was putting the safety of reporters at risk.

“Mihaaru” said it reported the incident to the police on Wednesday.

The news outlet said it found the misrepresentation of some of the articles written by their reporters unacceptable.

“Mihaaru” warned it would hereafter take legal action in response to such incidents.

The outlet’s managing editor Ahmed Hamdhoon told Sun on Thursday morning that a group of people forced their way into the office and threatened reporters on Sunday.

“That was on last Sunday. That was targeting a single reporter. But the reporter wasn’t in at the time and they intimidated and threatened the reporters who were there at the time,” he said.

Police confirmed they received a letter regarding the incident on Wednesday, and that they were looking into the incident.

“Mihaaru” states its reporters are being threatened and harassed on social media and various other platforms.