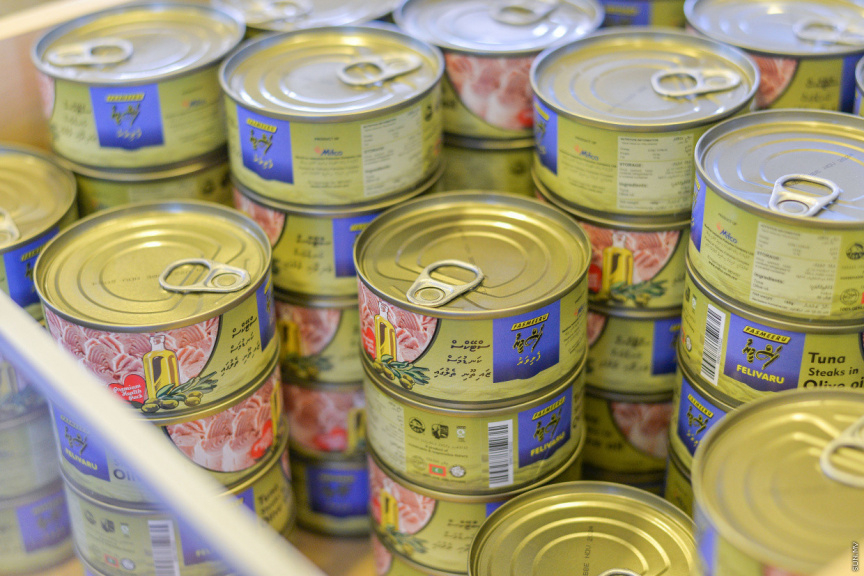 Maldivian Industrial Fisheries Company (MIFCO) has increased the price of its Fasmeeru brand canned tuna as previously announced, with the end of its ‘Fasmeeru, Enme Meeru’ promotion.

The price of a case of canned tuna has been increased by MVR 150.

Following the spike in global fuel prices, MIFCO increased the rate at which it purchases tuna from fishermen from MVR 16 to MVR 17 per kilo in March. The company announced back then that it would also lead to an increase in the price of its canned tuna.

However, the company postponed the price change until the end of Ramadan.

MIFCO said it had kept the prices of its products low during the promotion, despite the rise in global prices.

MIFCO said on Wednesday that the global price of oil used to pack tuna had doubled, and the price of Tin Free Steel and other packing material had also increased.

The price of diesel – which makes for a large percentage of MIFCO’s expenditure – has increased by more than 50 percent, and import freight expenses have also increased, said the company.

MIFCO said that its new price was the best it could offer customers, in light of the rise in global prices.

The company also provided assurance it will make positive changes to the price of its products as global prices and manufacturing expenses go down.

Political parties to be fined MVR 10,000 for fake forms