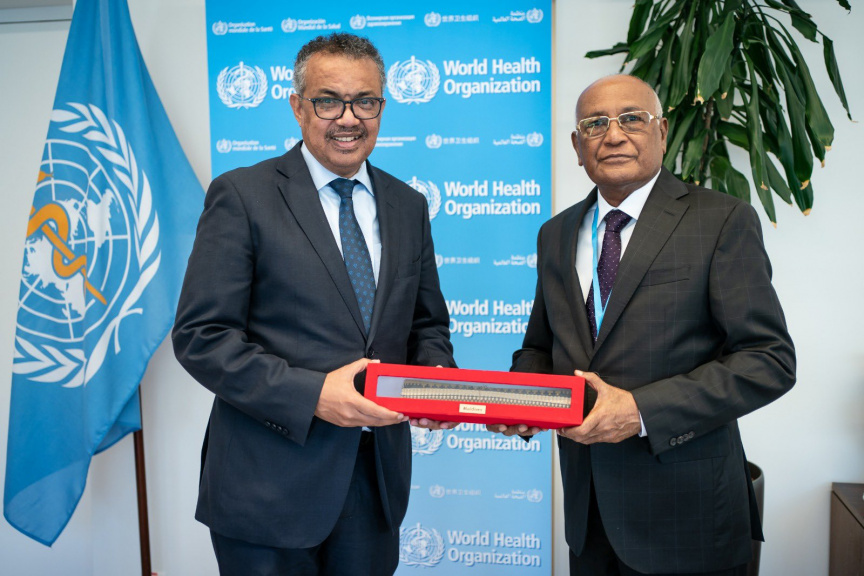 Maldives has been elected as a member state of World Health Organization (WHO)’s executive board.

WHO’s executive board is composed of 34 persons who are technically qualified in the field of health, each designated by a member state elected to serve by the World Health Assembly.

Maldives was elected from the South Asia region as a member of the WHO’s executive board for a three-year term from 2022-2025.

Maldives is represented on the executive board by Health Minister Ahmed Naseem.

He attended the 151th meeting of the WHO executive board held at the WHO headquarters in Geneva, Switzerland, on Monday.

At the meeting, participants discussed the decisions made during the 75th World Health Assembly which concluded this week, as well as the report of the meeting of program, budget and administrative committee.

They also discussed health emergencies such as the COVID-19 pandemic, and made decisions on that front.

WHO Representative to Maldives calls on President Solih

WHO donates diagnostic equipment to Maldives