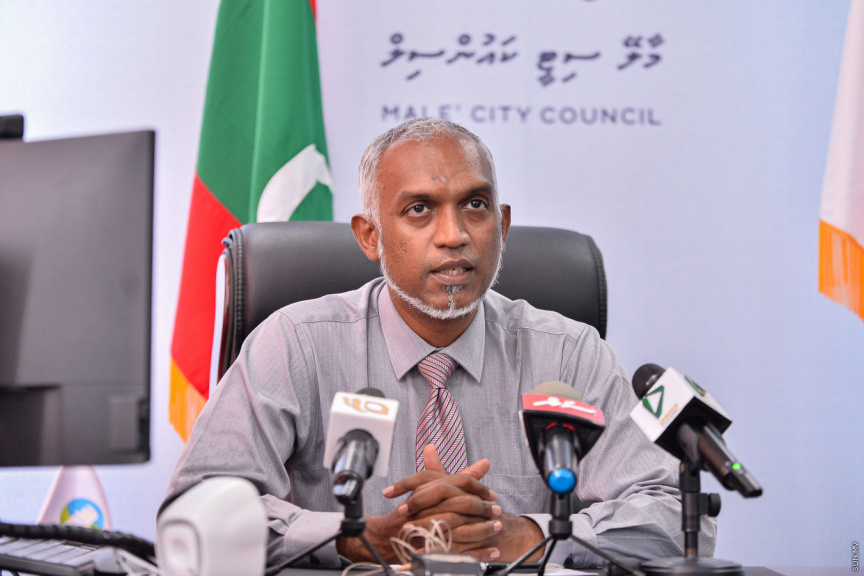 A member of the Male’ City Council has sent a letter to Male’ City Mayor Dr. Mohamed Muizzu, complaining that members of the council had not been informed of the invitation to attend the ‘Viavathi Raajje’ conference which began in AA. Ukulhas on Saturday.

Mohamed Saif Fathih, who represents the North Galolhu constituency, told Sun that the claim by the Male’ City Council that no council members expressed interest in attending the conference was false.

“I wasn’t even aware the conference was taking place. I wouldn’t know if we weren’t informed, would I? I would take certainly attended the conference if I had been informed [of the invitation],” he said.

Deputy Mayor Ahmed Nareesh told Sun on Saturday morning that the invitation to attend the conference had come too late.

He also said that it would disrupt operations in Male’ if council members attended the conference.

“I don’t see how two or three councilors attending the conference would disrupt operations in Male’. It isn’t the councilors themselves who do the practical work. Councilors set policies,” said Saif.

“For example, laying bricks on the roads. It isn’t us councilors who are going to go and lay the bricks, we just tell them how to do it,” he said.

Male’ City Council received the invitation to attend the conference on Wednesday, May 25.

The two-day ‘Viavathi Raajje’ conference will feature four sessions with presentations and discussions on various topics, including fiscal and legal autonomy, formulating land-use plans, the role of WDCs, crime prevention, social welfare, and climate resilience. It will also allow council and WDC representatives from central Maldives – from B. Atoll to F. Atoll - to present their concerns to the President and discuss potential solutions.

B. Hithaadhoo gets new powerhouse after 28 years