Soneva: Not in negotiation with Rajapaksa for sale of villa 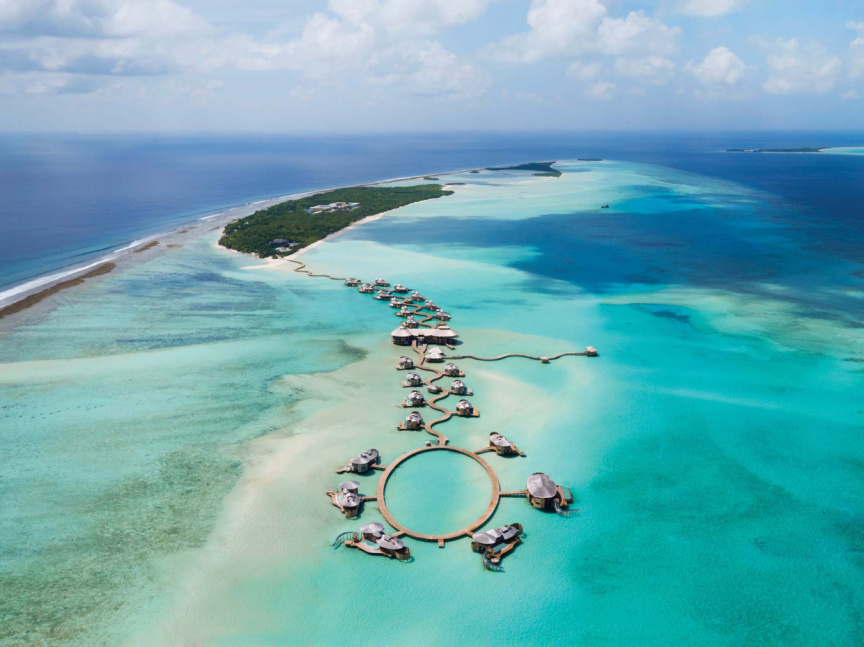 Soneva Jani, a luxury resort in the Maldives.

Soneva, on Tuesday, has denied any negotiations were underway with recently resigned former Prime Minister of Sri Lanka, Mahinda Rajapaksa, for the sale of a private villa.

An English-medium Maldivian online news website reported on Monday negotiations were underway with Soneva for the purchase of a private villa as part of securing a safe passage to Rajapaksa and his family to the Maldives – with Maldivian Parliament Speaker, former President Mohamed Nasheed acting as middle-man. The news outlet further reported that Soneva’s owner, Sonu Shivdasani, had greenlighted the transaction.

In a statement released by Soneva refuting the allegations – they said that no negotiations have taken place regarding the sale of any portion of their resorts to Rajapaksa.

“Soneva’s CEO, Sonu, has never met Rajapaksa nor had been in contact with him either directly or indirectly,” the statement read.

Soneva also expressed their disappointment with the spread of false information in order to create sensational, untrue and libelous stories.

Nasheed had recently visited Sri Lanka – meeting a number of senior government officials from the country. He had been appointed to coordinate relief assistance to the crisis-hit country, at his own request.

Sri Lanka is currently facing its worst financial crisis in more than 70 years – resulting from the economic mismanagement of President Gotabaya Rajapaksa’s administration.

The president’s brother, Mahinda Rajapaksa, stepped down as prime minister on May 9 amid violence that left nine people dead and more than 200 wounded. Protesters have demanded the powerful Rajapaksa family resign to take responsibility for leading the country into the economic crisis.

Following his resignation – Mahinda Rajapaksa has been placed under protective custody of Sri Lankan security forces. During the violence that ensued prior to his resignation – some of his properties were set ablaze.