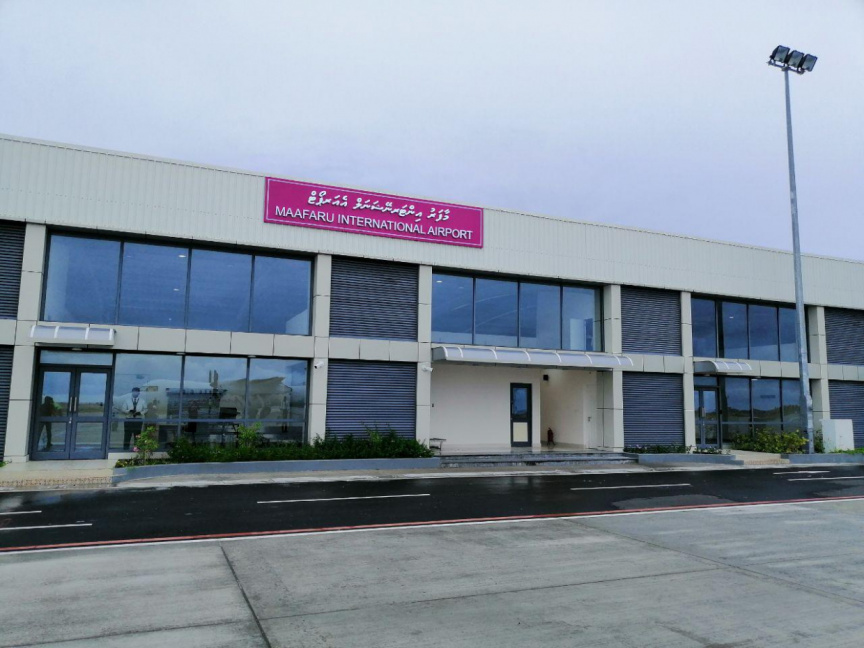 A PCR machine for COVID-19 testing has been transported to Maafaru International Airport.

The testing lab that is planned to be established at the airport by the time the Maldives reopens borders is by the Soneva Group which currently operates two resorts in the region. The machine for the lab is being imported through ADK Trade and Shipping company.

An official the ADK company said that the machine is a Lightcycler 96 brand machine and its installation will be made soon.

“The machine was ordered by Soneva. It will be installed within two days of the lab’s completion in Maafaru. Equipment and test kits for the machine have also been imported.” said the official.

Around 3,000 test kits were sourced for the machine, said the official who added that more test kits will be imported.

“Along with the automatic extraction machine, the machine can process 1,000 tests per day. Manually, the figure is 500.” said the official.

Island Aviation which operates the airport has previously said that work was underway on established a COVID-19 testing facility at the airport. The project by Soneva is set to be completed by June 25.

The company will also obtain all the necessary permits for the tests from the government. The lab is expected to increase confidence and trust from tourists who will be tested upon arrival. Currently, COVID-19 tests are only processed i9n Addu City and Male’ City. The government is expected to arrange testing facilities in more locations in the near future.

Soneva is one of the most successful and prominent resort chains operating in the country. The company was founded in the Maldives in 1995. The company currently runs the ultra-luxury Soneva Jani and Soneva Fushi resorts.