Fisheries Minister: Govt.’s policies its own, not that of specific party 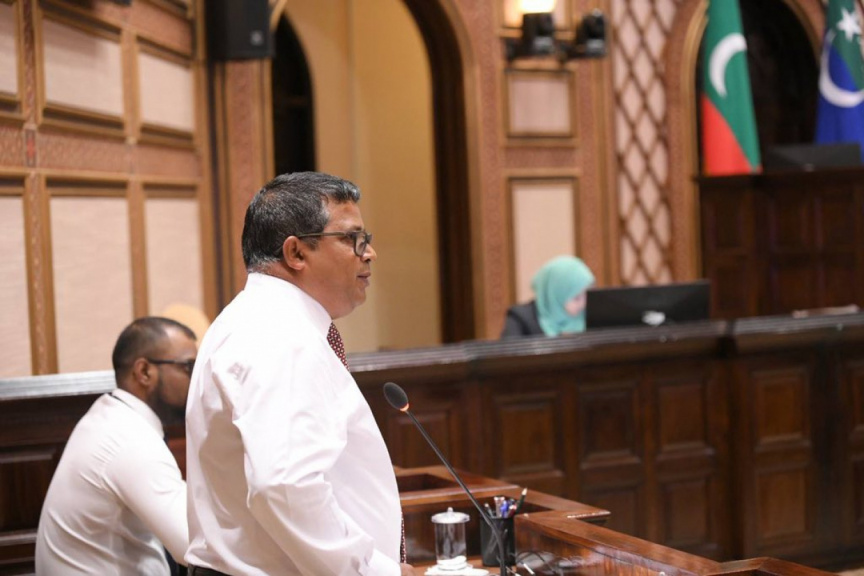 Fisheries Minister Dr. Hussain Rasheed Hassan responds to questions at the Parliament on May 18, 2022. (Photo/People's Majlis)

Fisheries Minister Dr. Hussain Rasheed Hassan told the Parliament on Wednesday that he does not believe the policies implemented by the government are that of a specific political party.

Hussain, the deputy leader of government coalition partner Jumhoory Party (JP), said the government’s policies were its own.

“The policies being implemented are that of the coalition government that MDP is party to. The affairs of the government will be conducted as decided by the president with regard to implementation of policies,” he said.

Hussain said that all of the government’s projects and works were being implemented with President Ibrahim Mohamed Solih’s permission, and under his instructions.

With MDP divided into two factions, several parliamentarians have been speaking in favor of MDP breaking away from the coalition. MDP’s leader and Parliament Speaker, former President Mohamed Nasheed commented back in April that the government was “sinking”.

Nasheed said the best decision for MDP was to not go down under with “a sinking government”. He said that the party’s pledges remained unfulfilled because the government wasn’t MDP’s alone.

'Funaddu facility will be operational next year'

'Dhidhdhoo ice plant will be operational next year'

'Fair prices for fishers' catch to be ensured in 2023'