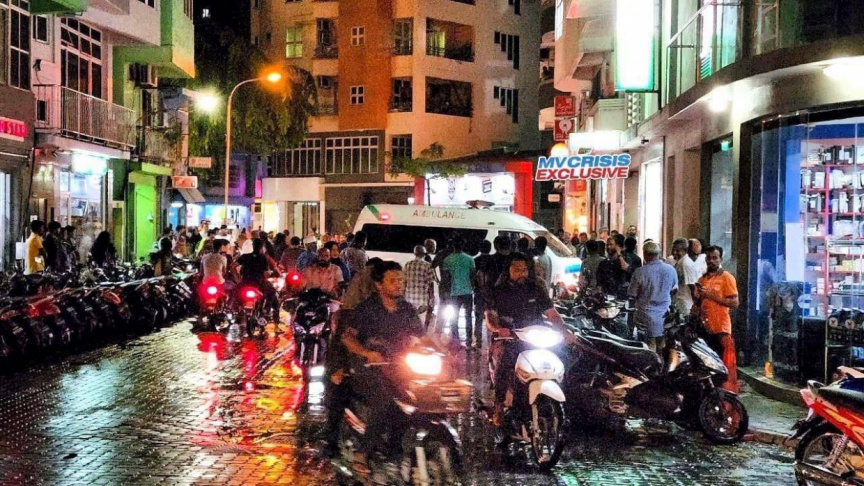 Ambulance collides with parked motorbikes at Orchid Magu in Male' City on May 16, 2022. (Photo/Social Media)

An ambulance that was driving through Orchid Magu in Male’ City, on siren, has collided with motorbikes that were parked on the road.

Police detailed that the accident was reported to them around 7:55pm tonight.

They stressed there were no casualties in the accident although the ambulance and some of the motorbikes were damaged.

Police said that they were investigating the accident further.