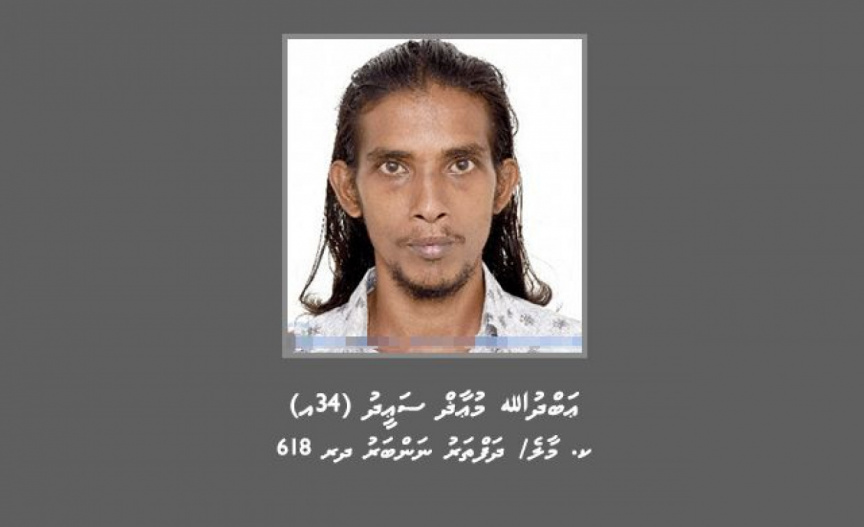 Abdulla Muaz Saeed, 34, Male’ Dhaftharu No. 618, who is being sought by police for an investigation in a fraud case. (Photo/Maldives Police Service)

Maldives Police Service, on Sunday, has made an announcement seeking public assistance to locate a fraudster who scammed money from an individual under the guise of selling US Dollars, and has been in hiding ever since.

The suspect is identified as Abdulla Muaz Saeed, 34, Male’ Dhaftharu No. 618.

Police said that the current whereabouts of the suspect is unknown, leaving the agency unable to serve summons instructing him to present himself for question. They stressed Muaz’s parents to also be unaware of his whereabouts.

Therewith, Police have asked Muaz to present himself to L. Maamendhoo Police Station or the nearest police station at 13:00pm on May 30.

The agency also requests anyone with information regarding the suspect to contact L. Maamendhoo Police Station at 9980076.

Noting an increase in the number of fraud cases reported recently – Police have requested the public to remain vigilant regarding such schemes.