Applications for Tourism Awards in 12 areas to open next month 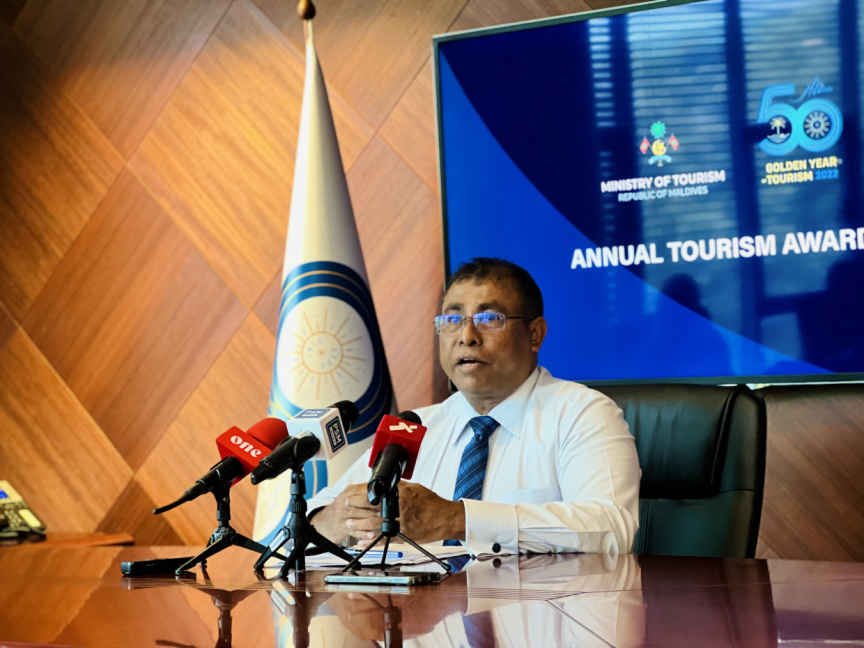 Tourism Ministry has announced that applications for ‘Tourism Awards’, planned to be held annually starting this year, will open next month.

Speaking at a press conference held at Tourism Ministry on Thursday, Tourism Minister Dr. Abdulla Mausoom said that applications will open on June 1, with the deadline set at June 30.

The annual awards will be given in 12 areas comprising of four categories. They include staff accommodation, staff service, local involvement and human resources training and career development.

Minister Mausoom detailed that the categories were formulated with consideration of the prioritization of staff and the involvement of locals.

Resorts, hotels, safari vessels and guesthouses are eligible to apply for the awards.

The evaluation of applicants will be carried out a panel constituted by Tourism Ministry, until end of June.

Whilst the opportunity to design the award has now been opened for public – the award show is set to take place during the tourism week which will be marked this year, from September 27 to October 3.

India back as top source market for tourist arrivals

Green tax for larger guesthouses to be raised to USD 6