Police arrests three with drugs from resort in Adh Atoll 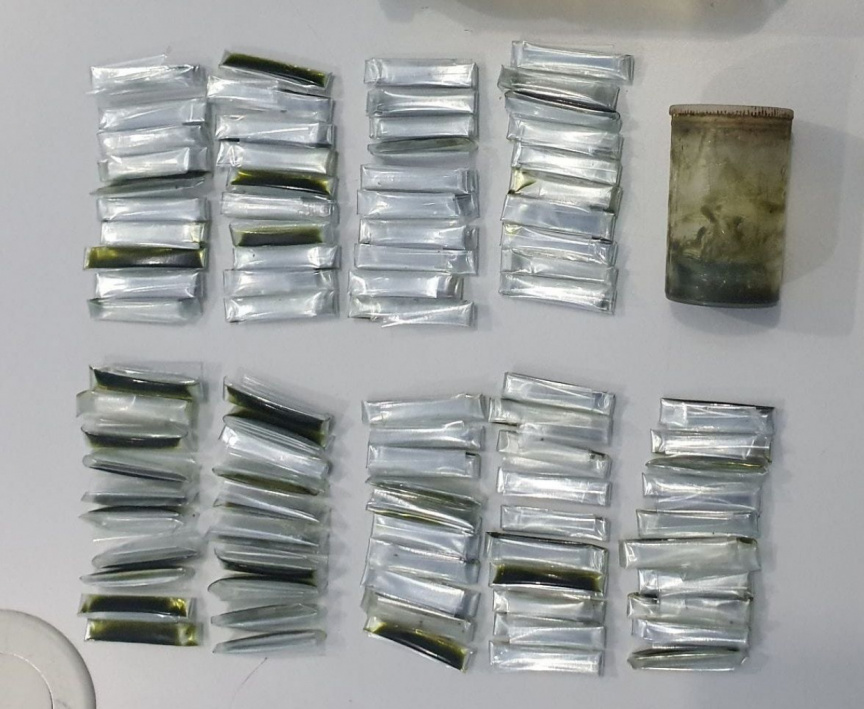 Items found believed to be drugs from men arrested on a resort in Adh, Atoll. (Photo/ Police)

According to the authority, these arrests were made during an operation against drugs by Police Intelligence, and officers working in Adh. Atoll.

The operation commence after Police received intelligence reports of an attempt to smuggle drugs into a resort in the atoll.

Police further detailed that the men arrested were 22, 23 and 24.

During the operation, the men in question were stopped and searched from the harbour area of the resort.

Police found 90 cellophane packets with a substance suspected to be drugs, an alcohol bottle, and two camera film canisters.

The case is currently under investigation by the Maamigili Police Station.