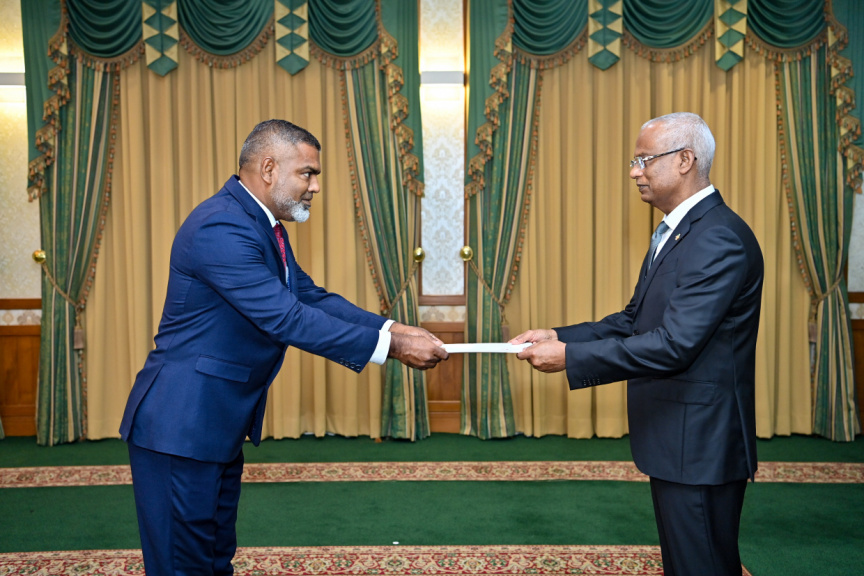 The President made this appointment to JSC in accordance with Section 158 (c) of the Constitution and Section 3 (c) of the Judicial Service Commission Act (Law No. 10/2008) in his capacity as a Judge of the High Court.

During a special ceremony held at the President’s Office, President Solih presented the Letter of Appointment to Judge Niyaz.

Additionally, he took his oath of office in the presence of Supreme Court Justice Mahaz Ali Zahir.

He was appointed to JSC as the elected representative from the High Court. Prior to this, Judge Ali Sameer was filling this role, until his resignation on April 17, 2022.

Judge Niyaz attained higher education in Shariah and Law from the International Islamic University in Malaysia.

He has been serving on the bench of the High Court since January 25, 2018. Previously, he served as the Senior Magistrate of the South Thiladhunmathi region and as the Magistrate of Vaikaradhoo Island in Haa Dhaalu Atoll.

'Sexual abuse most common form of abuse amongst kids'