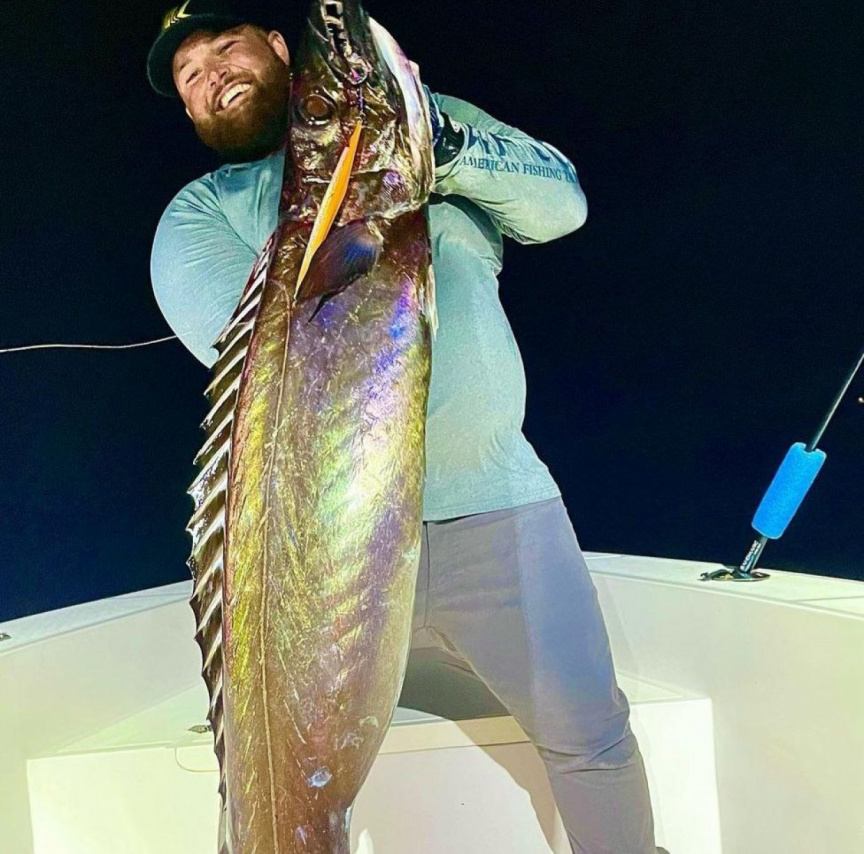 A blacksail snake mackeral – commonly referred to as ‘black snoek’ – fished by a tourist in the sea area surrounding Addu City has been recognized as the largest of the type ever to be caught, subsequently, being listed in the Guinness Book of World Records.

The black snoek, fished by an American tourist, Tristan Tero, was accepted as a world record by International Game Fish Association (IGFA) which maintains the world record for all species of game fish.

Tristan Tero had caught the record-breaking black snoek on March 18, from a depth of approximately 300 meters near Addu City. It weighed a total of 14.06 kilograms, and measured 68.5 inches long.

Tero revealed the record through an Instagram post – in which he captioned the giant black snoek he was holding in the picture as the “new official IGFA All-Tackle World Record Black Snoek”. He also thanked all who directly and indirectly contributed to achieving the record.

The previous record for the largest black snoek to be caught was recorded in 2017; Tokuonoshima, a Japanese fisherman who had caught one weighing 12.50 kilograms.