PPM dismisses councilwoman Nahula and her mother from party 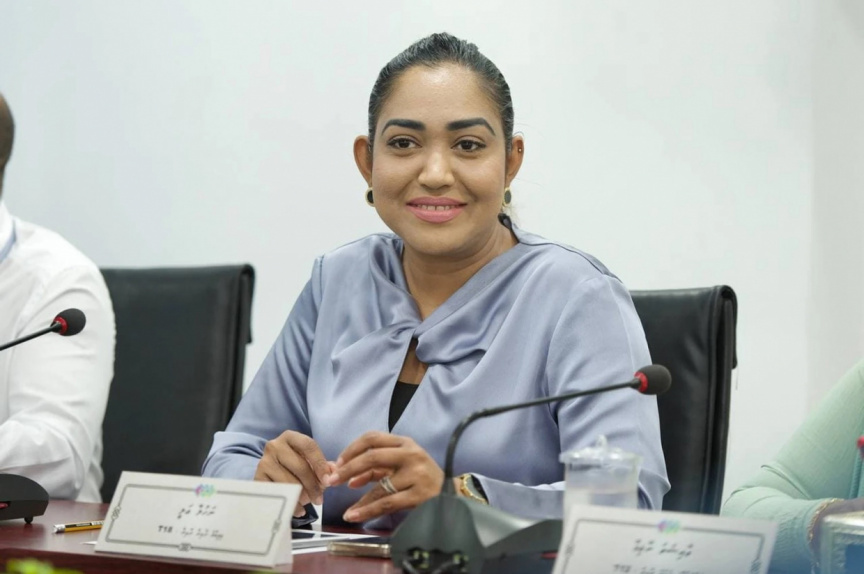 Last week, PPM’s disciplinary committee initiated an investigation after it received evidence Nahula was involved in seeking the party’s rival candidate for the Women’s Development Committee by-election for the Vilimale’ seat, and was involved in anti-campaign against the party’s own candidate.

In concluding their probe, the Committee had found councilwoman Nahula guilty of the allegations against her.

Ultimately, the Committee had made the decision to dismiss both Nahula and her mother from the party.

The dismissal comes after Nahula’s sister, Mariyam Nafha Ali, had voluntarily resigned from the party after an investigation was launched against her for aiding Nahula’s schemes.

Whilst Nahula has been dismissed from the party on Sunday night – disagreements have surfaced amongst that party’s leadership. PPM has accused Nahula and her family of causing strife within the party.

Commenting on her dismissal, Nahula told Sun that she had always been a supporter of Yameen, and will remain as his support despite dismissal from the party. She also gave assurance that she would not sign for any other political party than PPM.

Disciplinary issues have been raised against Nahula previously as well.

Nahula accused PPM’s coalition partner, People’s National Congress (PNC)’s deputy leader and Male’ City councilman Ahmed Shujau of threatening to dismiss her from the party, and making it difficult for her to go to work at the council office. She said she filed a complaint regarding Shujau with the party on April 20.

Nahula said the party’s leadership dismissed the complaint, stating it was a personal issue.

“I note that this statement was issued with Shujau’s influence,” she said.

Nahula accused PPM of spreading false information regarding her under Shujau’s influence.

She said she didn’t care if she had to endure any abuse due to her support for Yameen.

Nahula had a six-month suspension against her imposed following an investigation for misconduct by PPM’s disciplinary committee lifted in April.

She was also accused of orchestrating threats against some of her fellow councilors back in July last year – something she denies.